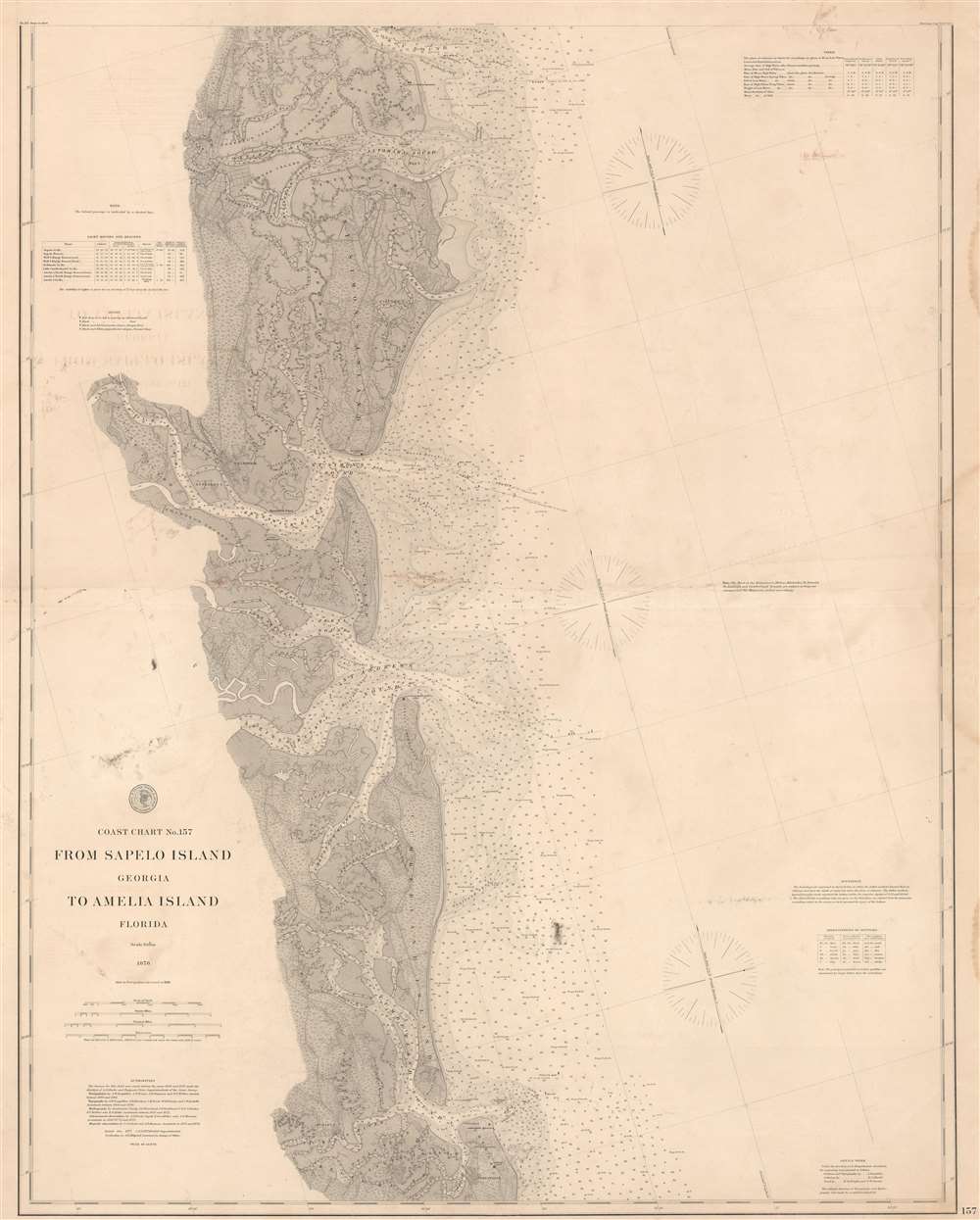 Traces the coast of the United States from Doboy Sound, Georgia past Jekyll Island to Amelia Island, Florida.

This is an 1888 U.S. Coast and Geodetic Survey nautical chart of the coast of Georgia and Florida. The map depicts the region from Blythe Island to the Atlantic Ocean and from Doboy Sound to Amelia Island and the Amelia River. Numerous coastal islands are illustrated, including Wolf Island, St. Simon's Island, Jekyll Island, and Cumberland Island. Rivers and creeks along the coast are also indicated, many of which, such as the Altamaha River, the Brunswick River, the Turtle River, and the Satilla River, have depth soundings noted along their courses. Myriad depth soundings are present in the Atlantic and in the sounds along the coastline, which include St. Simon's Sound, Altamaha Sound, Doboy Sound, St. Andrew's Sound, and Cumberland Sound. Information concerning lighthouses and beacons and buoys is situated along the left border, while notes on the tides, soundings, and abbreviations used can be found along the right border. This chart could potentially be joined with another chart available through Geographicus: SavannahSapeloIsland-uscgs-1889.

This chart was created by the U.S. Coast and Geodetic Survey and published in 1888.

Very good. Even overall toning. Light soiling and transference. Closed margin tears professionally repaired on verso. Blank on verso.
Looking for a high-resolution scan of this?