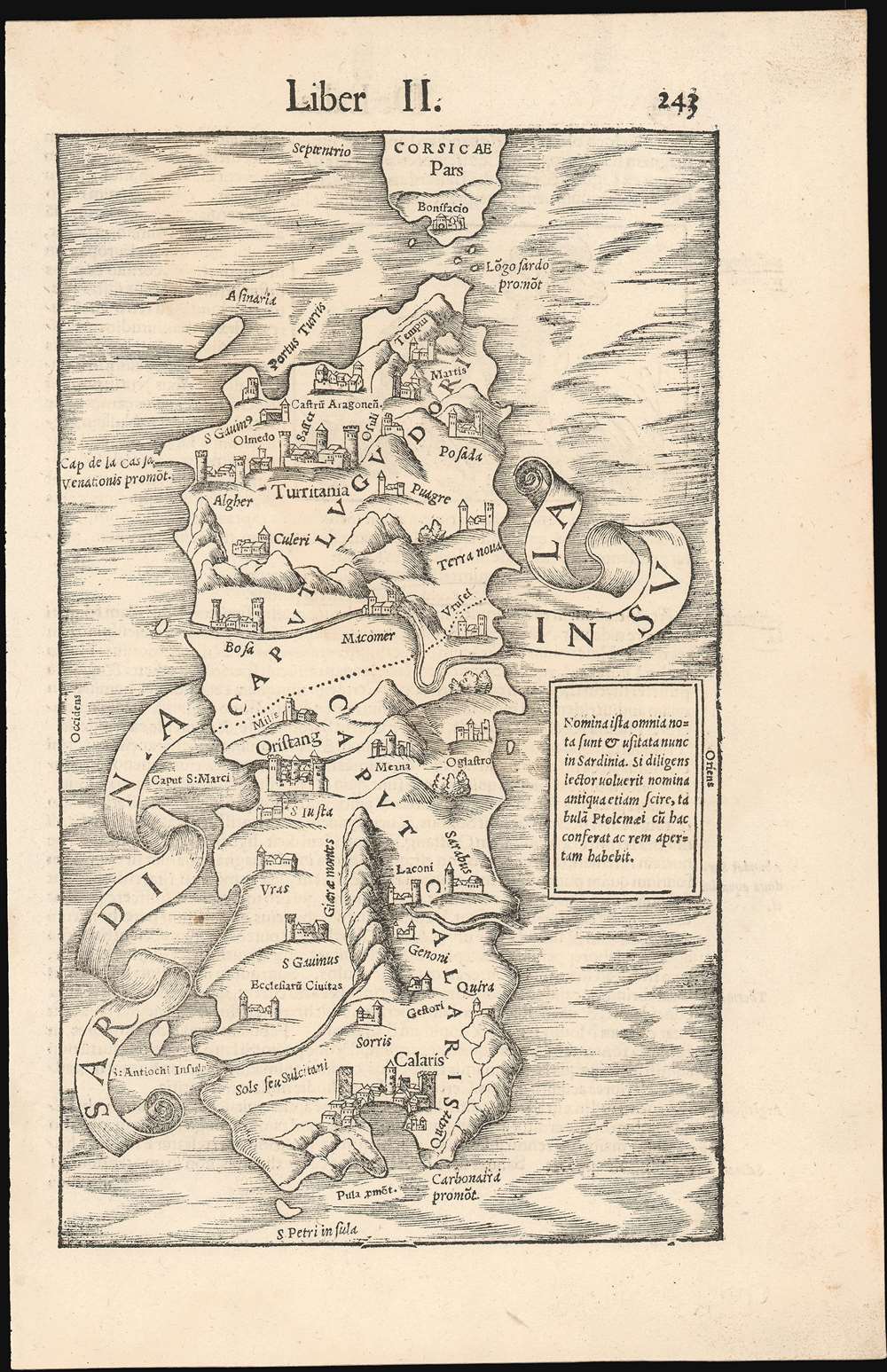 Issued in 1554 by Sebastian Munster, this is the earliest detailed map specifically of Sardinia, Italy. The cities Cagliari, Oristano, Bosa, Alghero, Sassari and others are shown pictorially. The map also shows the southern part of Corsica and the town of Bonifacio. The island’s rocky terrain is vividly depicted, and the map’s title is displayed on a flowing banner.

Publication History and Census
The map appeared in Munster's Cosmographia, and appears to have been added to the often-updated work as early as 1550. Cosmographia was wildly successful, remaining in print long after Munster's death of the plague in 1552.