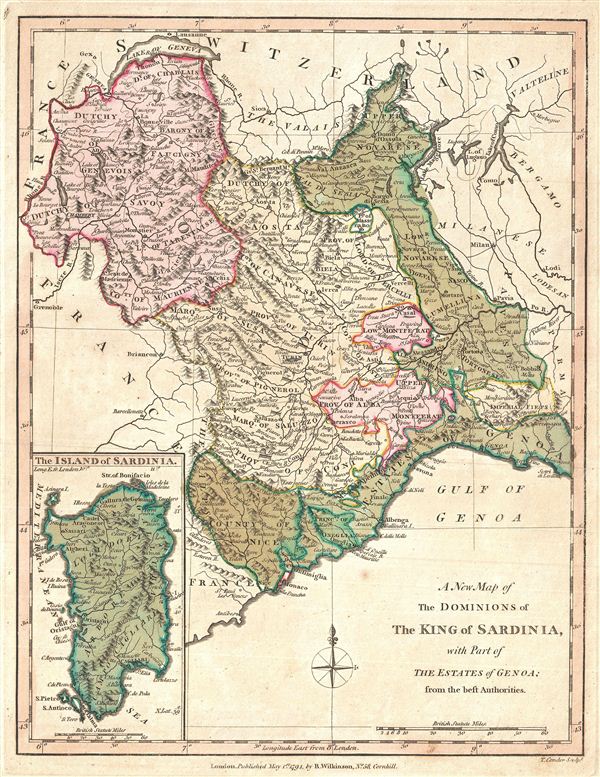 An exquisitely detailed first edition 1794 map of the Italian regions of Sardinia, Piedmont, Genoa, and Savoy by Robert Wilkinson. essentially two maps in one. The larger map focuses on the modern day northwest of Italy, including Piedmont, Genoa, Savoy, Alba and Montserrat. An inset in the lower right details the island of Sardinia. Color coding defines individual regions. In 1794 most of this region was part of the Kingdom of Sardinia. Just two years after this map was drawn the French, under Napoleon, invaded, essentially subjecting the Kingdom of Sardinia as client state of France. Following the Napoleonic wars Sardinia became fertile ground for the Italian solidarity movement, eventually birthing Guiseppe Garibaldi and his Red Shirts. engraved by Thomas Condar for the 1794 first edition of Robert Wilkinson's General Atlas.