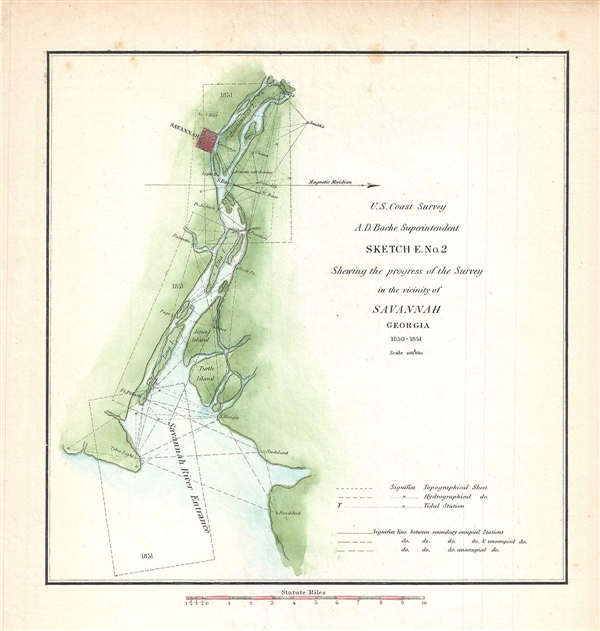 This is an attractive hand colored 1851 U.S. Coast Survey triangulation chart or map of Savannah, Georgia and the Savannah River. It shows the progress of the survey work in this area by date annotated sections. Shows navigation marks such as Fort Jackson, Tybee Lighthouse, and 'Daniel's Tall Chimney'. Details the iconic grid layout of Savannah. This map was compiled under the direction of A. D. Bache, Superintendent of the Survey of the Coast of the United States and one of the most influential American cartographers of the 19th century, and issued in the 1851 edition of the Superintendent's Report.

Very good. Some minor spotting at top. Some wear and toning on original fold lines.
Looking for a high-resolution scan of this?