1874 U.S. Coast Survey Map or Chart of the Georgia and Carolina Coast ( Charleston and Savannah) 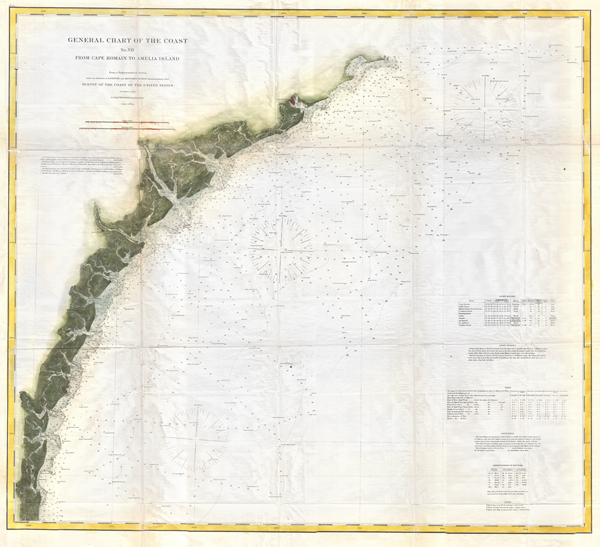 1874 U.S. Coast Survey Map or Chart of the Georgia and Carolina Coast ( Charleston and Savannah)

This is the U.S. Coast Survey's 1874 map or chart of the coast of South Carolina, Georgia and parts of Florida. Covers from Cape Romain south past Charleston, Beaufort, and Savannah to Amelia Island, Florida (near Jacksonville). Offers superb detail both inland and at seal. Shows the course of numerous rivers as well as offshore banks, lighthouses, and shoals. Thousands of depth soundings throughout. Prepared under the supervision of C. P. Paterson.