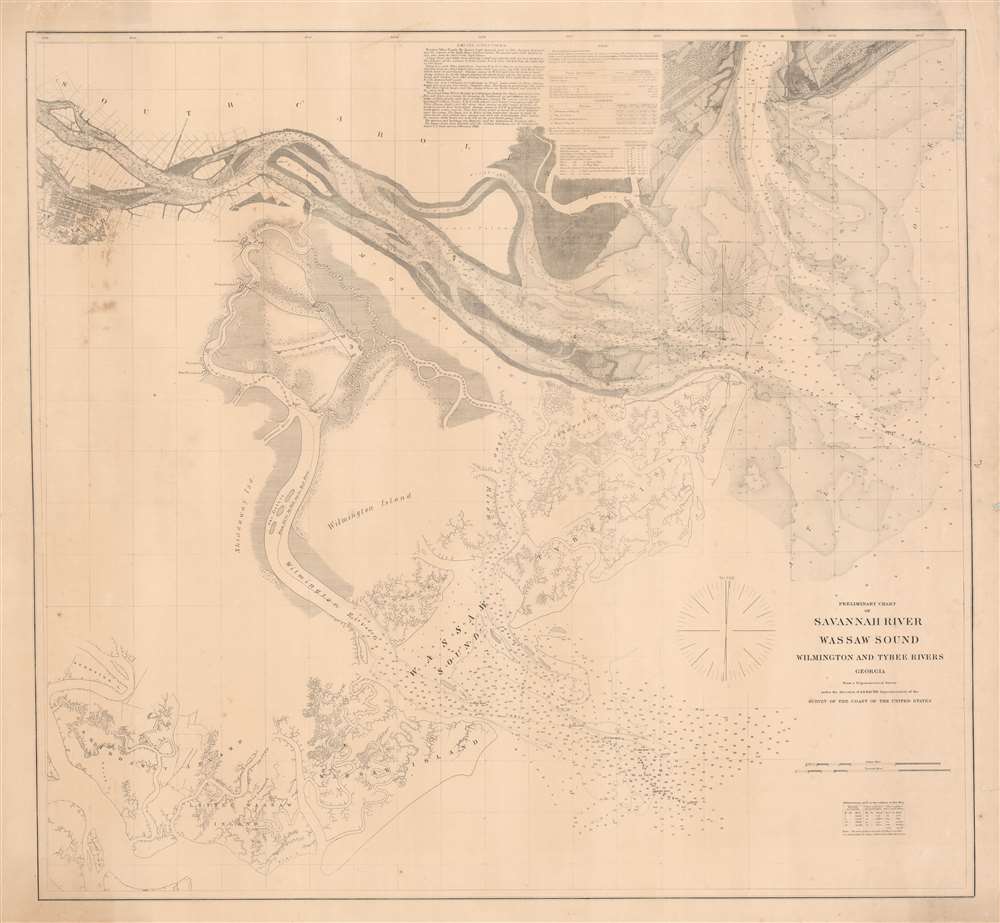 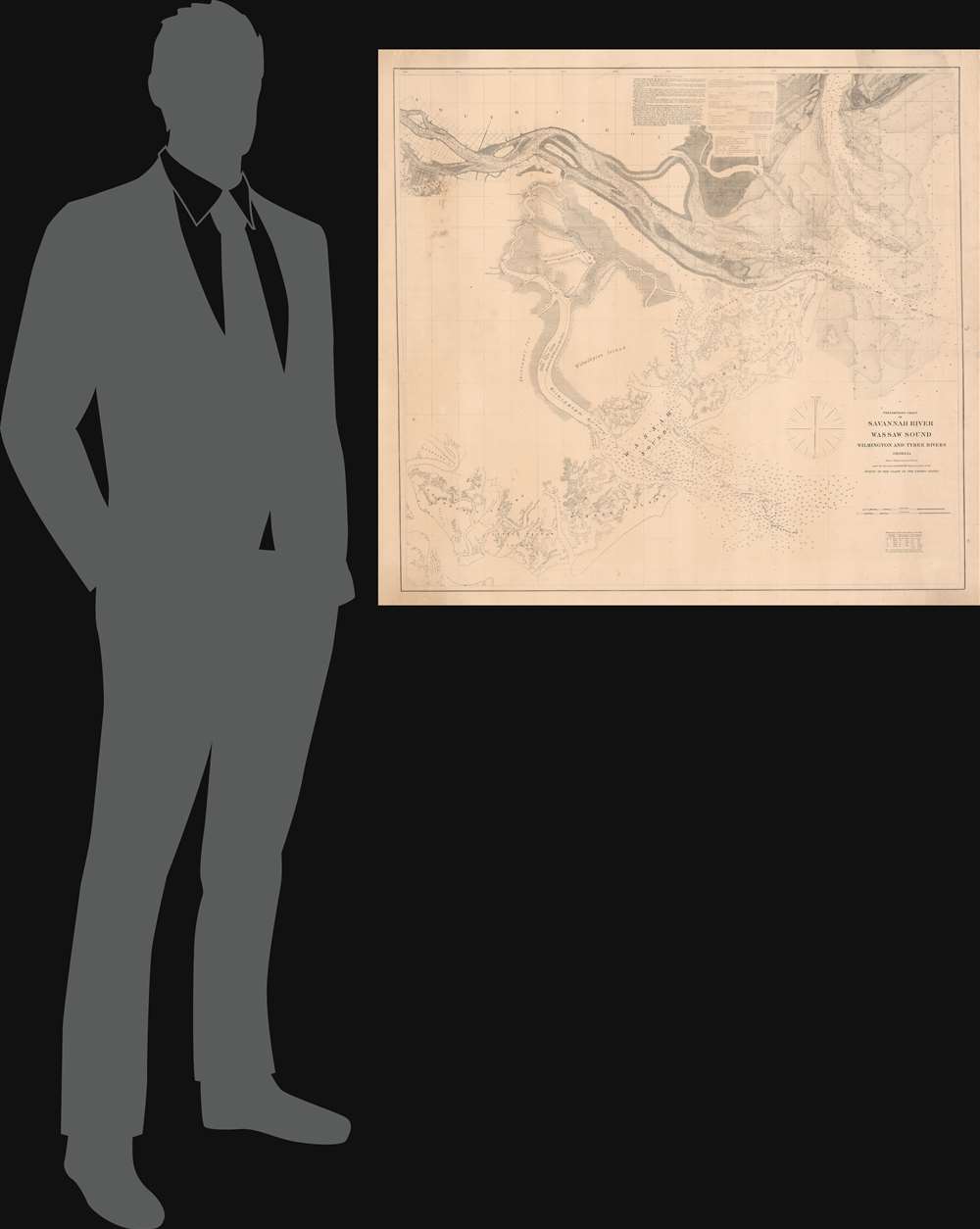 An exceptionally rare separate issue c. 1862 Civil War Era U.S. Coast Survey nautical chart or map of the Savannah River and surrounding waters. This chart combines existing surveys of the Savannah River with separate charts prepared of the Wassaw Sound and the Wilmington and Tybee Rivers. Given the presentation on heavier stock and the maps relative rarity, it is likely this was a separate issue prepared for naval action early in the American Civil War (1861 - 1865).

Coverage follows the course of the Savannah River from Savannah itself and Hutchinson's Island to the Atlantic, and from Hilton Head to Skiddaway Island. It includes much of interest to the Union naval officer, including sailing directions and illustrations of the Confederate fortifications at Causten's Bluff and Whitemarsh Island. Period manuscript annotations highlight deep-water routes to Savannah as well as the locations of buoys land lightships.

The chart is itself undated - unusual for the U.S.C.S. It is moreover on heavy stock. The 'Sailing Directions' references Boutelle's survey of 1862, making that the earliest possible date. This map was not printed in any of the annual Superintendent's Reports. The British Library lists maps of 1855 and 1867 with the same title, but we cannot find any evidence that the maps are identical. No further institutional copies could be located.

Good. Even overall toning. Some soiling.