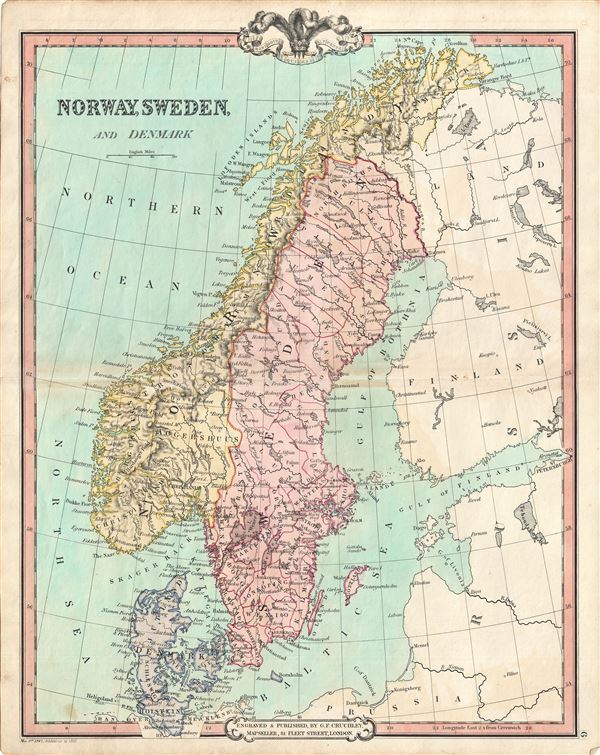 This is a fine example of G. F. Cruchley's 1850 map of Scandinavia, including Norway, Sweden and Denmark. It covers from the Arctic south to Holstein and east as far as the Gulf of Finland. As this map was being drawn Scandinavia was in the midst of a prolonged period of peace and prosperity that led to a cultural and population boom. This map is color coded according to countries and territories, and identified important towns, cities, rivers, mountains and an assortment of other topographical features. Relief is rendered in hachure.

Very good. Minor wear and some toning over original centerfold. Blank on verso.