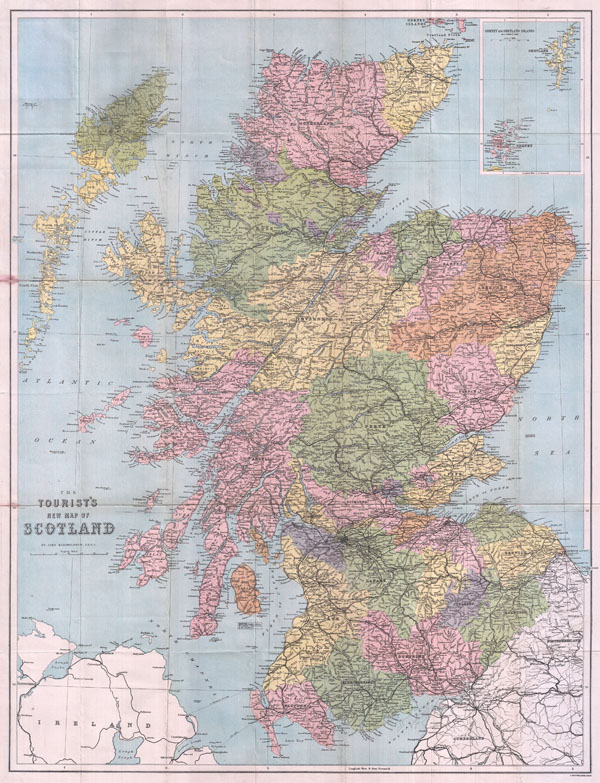 This is a beautiful 1892 pocket map of Scotland by the famous cartographer John Bartholomew. Bartholomew established one of the most admired cartographic institutions in the world. His demand for the highest standards can be seen in this map of Scotland, as it features countless roads, rivers, cities, shoals and other topographical details. The new county boundaries are designated by color. An inset featuring the Orkney and Shetland Islands can be found in the upper-left quadrant. A scale in English Miles is found below the title.

Good condition. Mounted on linen. Comes attached to original binder.
Looking for a high-resolution scan of this?