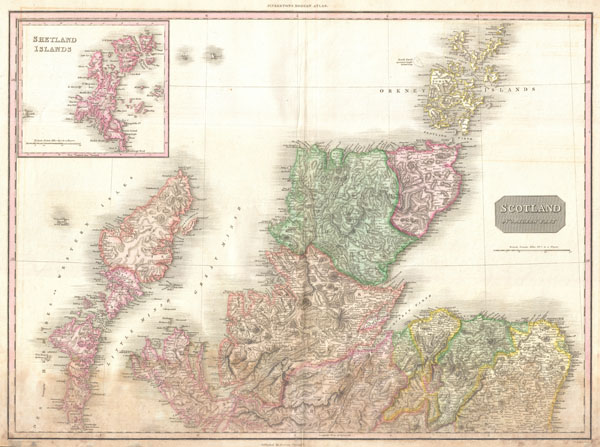 Pinkerton's extraordinary 1818 map of the northern part of Scotland. Covers from the Isle of Skye (Skey) to the Orkney Islands. Covers the entire region in considerable detail with political divisions and color coding at the regional level. Identifies cities, towns, castles, important battle sites, castles, swamps, mountains and river ways. Inset of the Shetland Islands in the upper left quadrant. Title plate and mile scale in the upper right quadrant.