1862 Colton Map of Virginia, Maryland, and the Chesapeake Bay 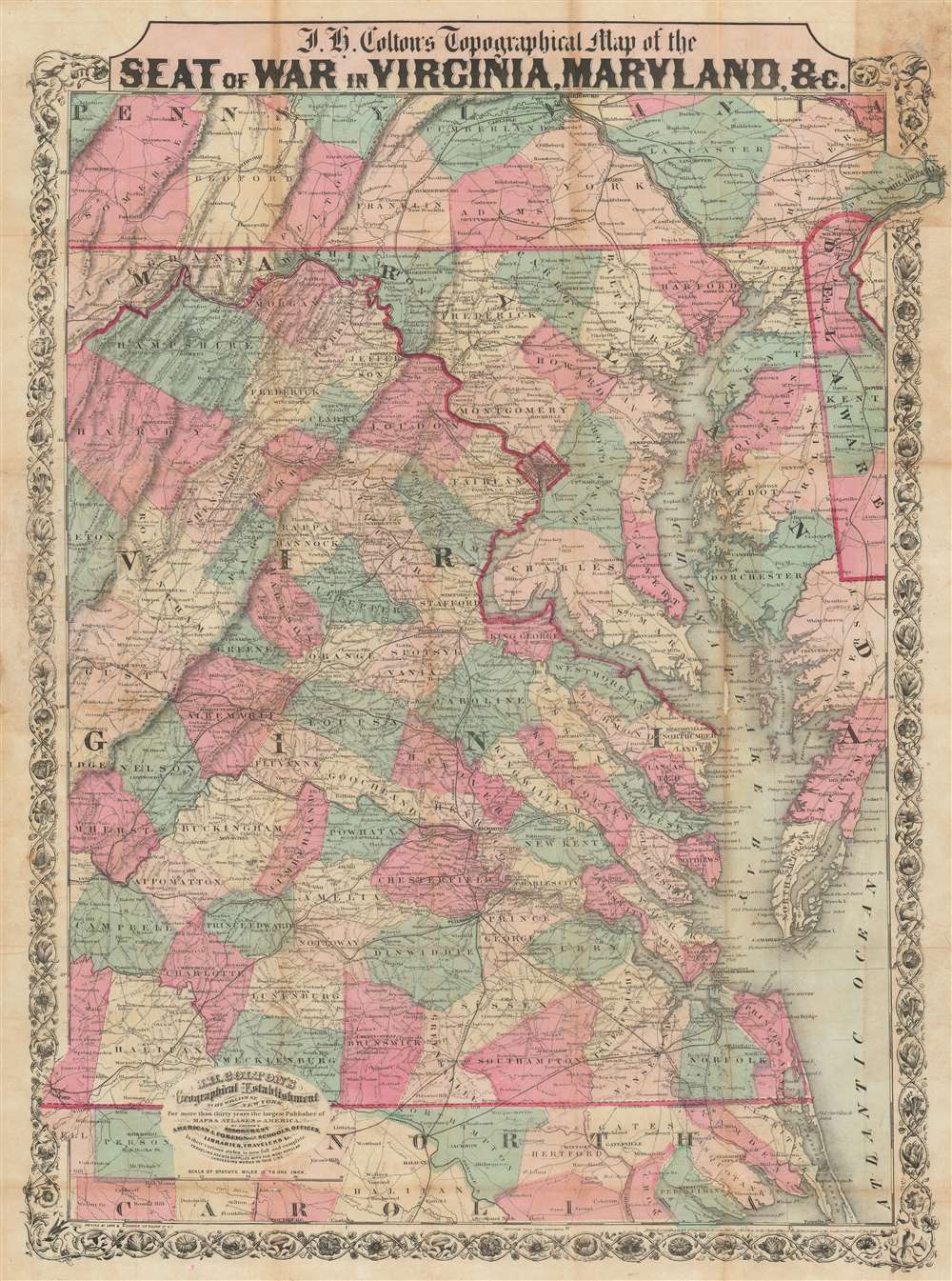 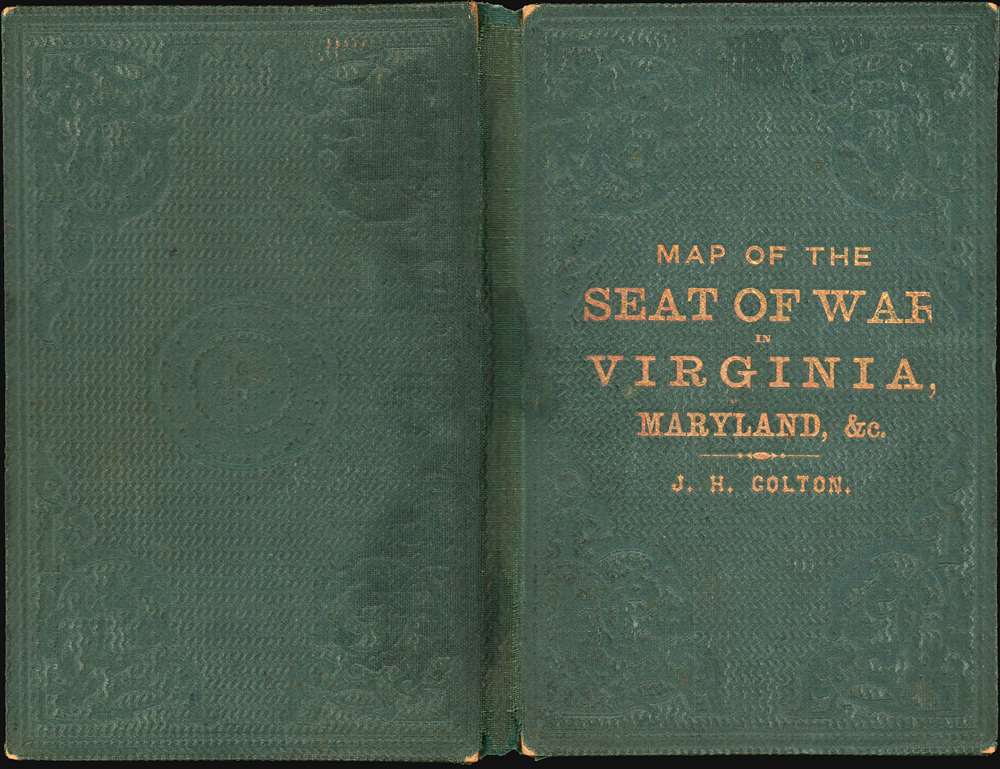 1862 Colton Map of Virginia, Maryland, and the Chesapeake Bay

This is a rare 1862 J. H. Colton map of Virginia, Maryland, and the Chesapeake Bay during the American Civil War (1861 - 1865). The map depicts the entire Eastern theater of war, from Gettysburg, Pennsylvania (referred to as the 'high water mark of the Confederacy') south to northern North Carolina. The Union Army of the Potomac and General Robert E. Lee's Army of Northern Virginia fought over this territory from 1861 until 1865, when Lee surrendered to General Ulysses S. Grant at Appomattox Court House.

This map was issued with the idea that interested parties at home could follow events as they transpired. Although in 1862, most of the Civil War was yet to come, the locations where most subsequent battles were fought are identified. Appomattox Court House, for example, is marked with a simple 'C.H.' in Appomattox County, Virginia. Bull Run Creek and Manassas Junction, the site of the First and Second Battle of Bull Run, are labeled southwest of Washington, D.C. The Antietam River and Sharpsburg, Maryland, the site of the Battle of Antietam, the bloodiest day in U.S. history, are located in western Maryland not far south of Gettysburg, where the three-day Battle of Gettysburg was fought almost a year after Antietam. Numerous other battle locations, including Fredericksburg, Chancellorsville, Spotsylvania Court House, and Cold Harbor appear as well. Both Petersburg and Richmond, key victories for General Grant near the end of the war, are prominently labeled in Virginia, since Richmond was the Confederate capital and Petersburg as an important was an important transportation hub.

This map was created and published by J. H. Colton in 1862, only the second year of the five year war. It was printed in New York by Lang and Cooper - unusual as Colton typically printed his own material. Colton likely published this map for use as a reference for Northerners tracking the war's events. It is not cataloged in OCLC, but examples are part of the institutional collections at the Library of Congress and the Leventhal Map Collection at the Boston Public Library. An example is also part of the David Rumsey Map Collection.


Lang and Cooper (fl. August 16, 1862 - May 2, 1864) were a New York City based engravers and printers active in the middle part of the 19th century. The firm was founded by William Lang and Henry Pooley Cooper. The firm came into being following the dissolution of Lang and Laing where in Cooper took the place of Joseph Laing. In May of 1864, Cooper bought out Lang's shares and subsequently published under his own imprint, H. P. Cooper. They specialized in transferring copper and steel plates to lithographic stone for more economical printing. Among others, the firm worked with J.H. Colton and J. Disturnell. Learn More...

Good. Wear along original fold lines. A few verso reinforcements. Area of minor infill in the middle of the Chesapeake Bay.