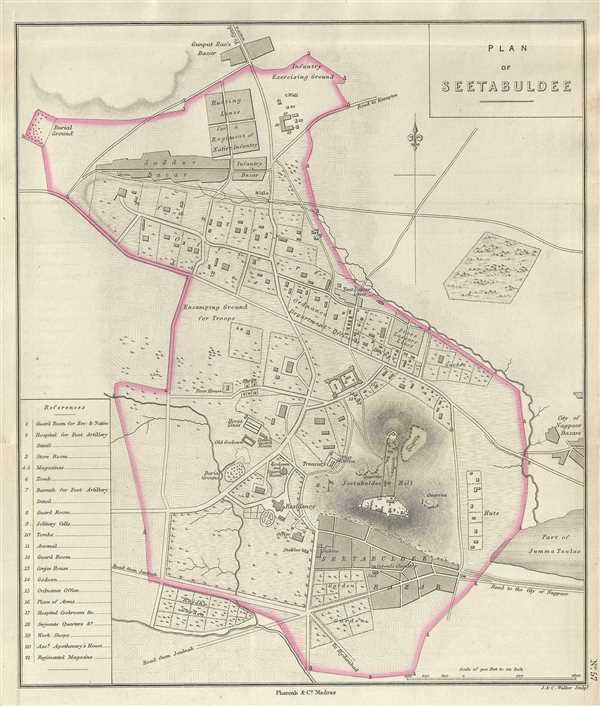 This is a good example of the 1854 Pharoah and Company map of Sitabuldi in the city of Nagpur, India. The map covers the Sitabuldi hill and fort along with its surrounding areas in beautiful detail. Important roads, fields, tombs, gardens, bazaars, army barracks, offices and other important military buildings are noted with topography rendered by hachure. A reference in the lower left quadrant lists the places marked on the map.

At the time this map was made, Seetbuldee, as it was called during British rule, and the city of Nagpur were under British control. Sitabuldi fort was the site of the 1817 Battle of Sitabuldi between the Maratha Empire and the British East India Company. Today the fort houses the 118th infantry battalion of the Indian Army. This map was engraved by J. and C. Walker and issued as plate no. 57 by Pharoah and Company in their 1854 Atlas of Southern India.