1859 U.S. Coast Survey Chart or Map of the Southern Coast of Maine 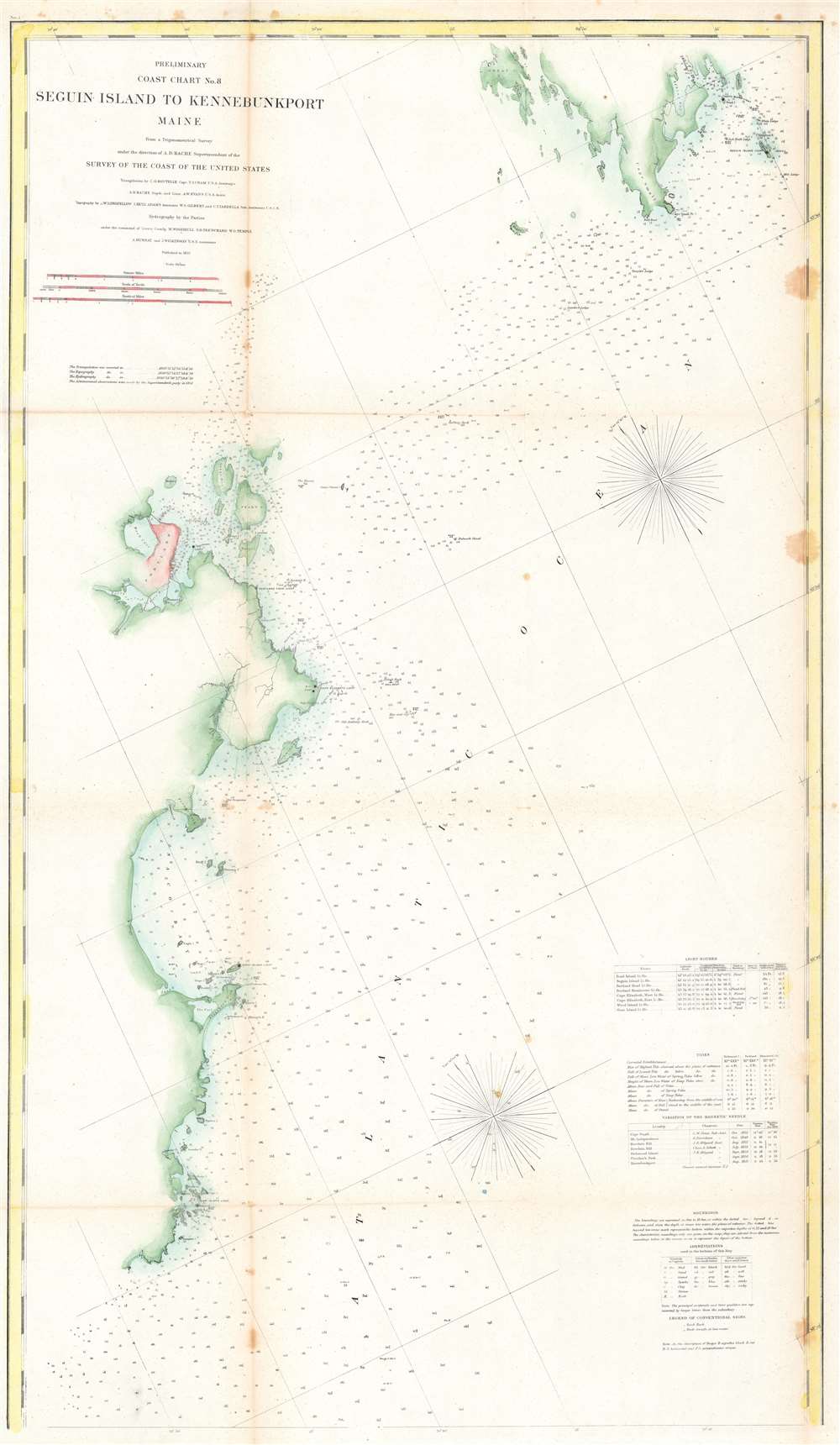 1859 U.S. Coast Survey Chart or Map of the Southern Coast of Maine

This is an 1859 U.S. Coast Survey nautical chart or map of the southern coast of Maine. Depicting portions of coastal Maine from the mouth of the Kennebec River and Seguin Island to Goat Island and Kennebunkport (although Kennebunkport is unlabeled), innumerable depth soundings are recorded here in aid of navigation. Coastal islands abound and are nearly all identified, along with many lighthouses, such as the Goat Island Light, the Wood Island Light, the Cape Elizabeth Light, the Seguin Island Light, the Pond Island Light, and the Breakwater Light near Portland. Coves, points, and bays along the coastline are also identified. Tables detailing the region's lighthouses, tides, and magnetic variations are included along the right border, along with notes concerning the depth soundings and abbreviations employed on the map.

The creation of this chart, as was the case with all U.S. Coast Survey charts, was a collaboration. C. O. Boutelle and T. J. Cram undertook triangulation work, while the topography was executed by A. W. Longfellow and I. Hull Adams. The hydrography was executed by parties under the command of M. Woodhull, S.D. Trenchard, and W.G. Temple. The whole work was compiled and produced under the supervision of A. D. Bache, one of the most influential Superintendents in the history of the U.S. Coast Survey. An example is cataloged in OCLC and is part of the institutional collection at the University of Maine.