1749 Vaugondy Map of the Senegal River 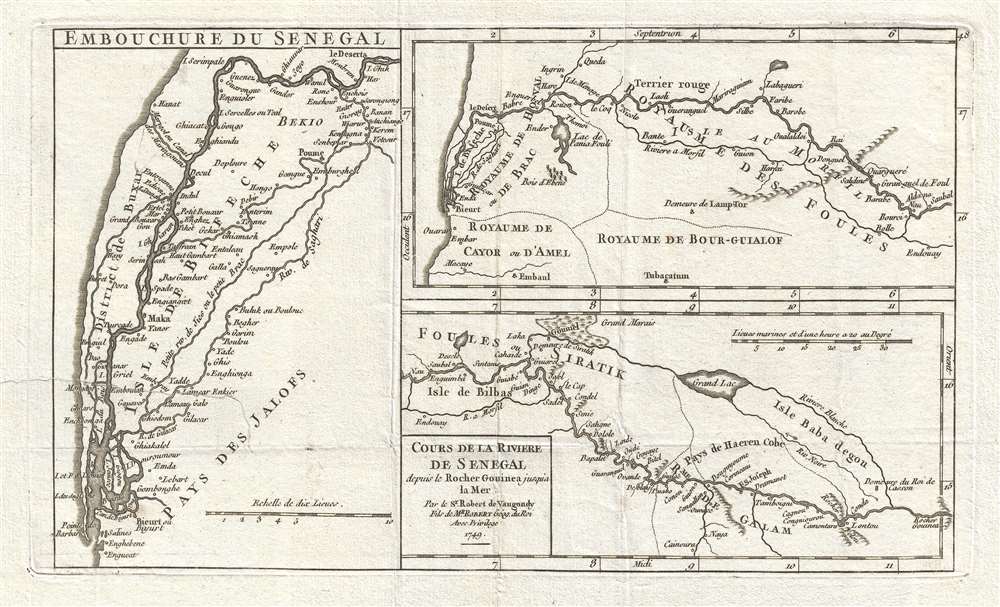 1749 Vaugondy Map of the Senegal River

Depicts the length of the Senegal River in three maps on one sheet.
$200.00

This is a 1749 Didier Robert de Vaugondy map of Senegal and the Senegal River. The map depicts course of the Senegal River (in three maps printed on one sheet) from the Rocher Gouinea (a waterfall) to the Atlantic Ocean. Numerous different kingdoms and other political entities are noted throughout, including the Royaume de Galam, the Royaume des Foules, and the Pays des Jalofs. Myriad villages and other settlements are labeled all along the length of the river, and along the banks of its many tributaries. One of the three small maps is dedicated to the mouth of the Senegal River, Embouchure du Senegal, while the other two illustrate the river in its entirety.