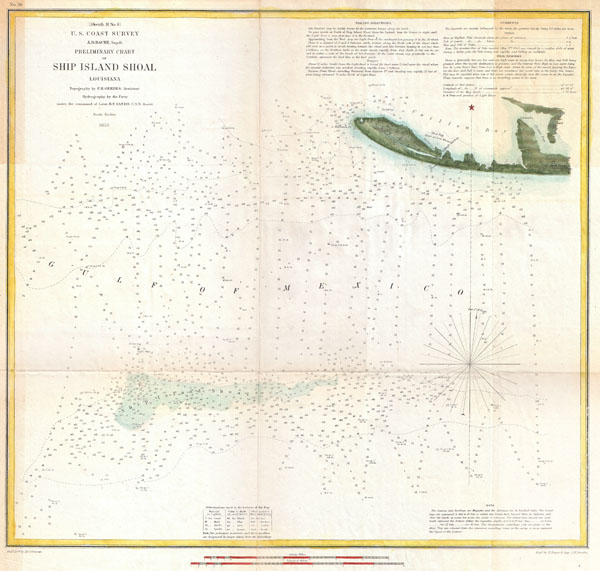 An attractive example of the U.S. Coast Survey Map of Louisiana's Ship Island Shoal. Details part Isle Derniere (Ast Island) and Caillon Bay. Shows Ast Station and the luxurious Ocean Club Hotel, both of which were destroyed in the Hurricane of 1893. From a nautical perspective the map offers a wealth of depths soundings and sailing instructions, as well as information on shoals, light houses, and tides. The topography was accomplished by F. H. Gerdes. The Hydrography was is the work of a party under the command of R. F. Sands. Prepared under the supervision of A. D. Bache for the 1853 Report of the Superintendant of the U.S. Coast Survey.

Report of the Superintendant of the U.S. Coast Survey, (1853 edition).
Looking for a high-resolution scan of this?