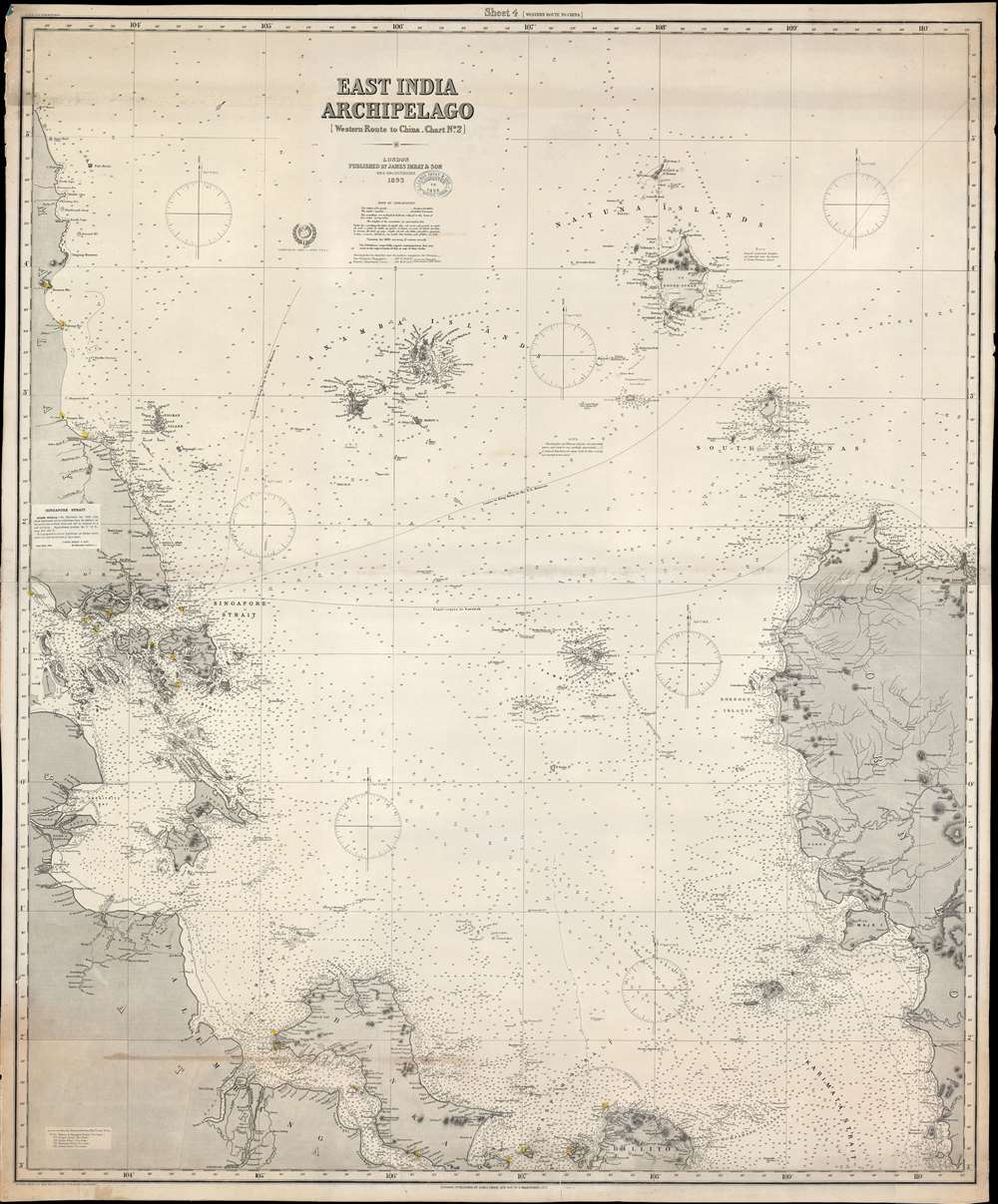 A large and impressive 1891/1894 nautical chart by James Imray covering eastern Malaya (Malaysia), Singapore, the South China Sea, and parts of Borneo and Sumatra. This is part of a nine-map series Imray issued to illustrate trade routes between Singapore, China, and Japan. It corresponds to Chart no. 2 in the 'East India Archipelago' series and chart no. 4 in the 'Western Route to China' series.

This map was part of series of 9 maps issued by Imray entitled 'East India Archipelago' covering from the East India Islands to the central China coast. The chart first appeared in the 1860s, and went through numerous subsequent updates. The present examples is dated to 1891, with a rubber stamp suggesting updates to 1894.

Good. Blueback. Imray's stamp near title. Some edge wear. To large repaired tears extending from bottom center about 10 inches into page. Repaired on verso.
Looking for a high-resolution scan of this?