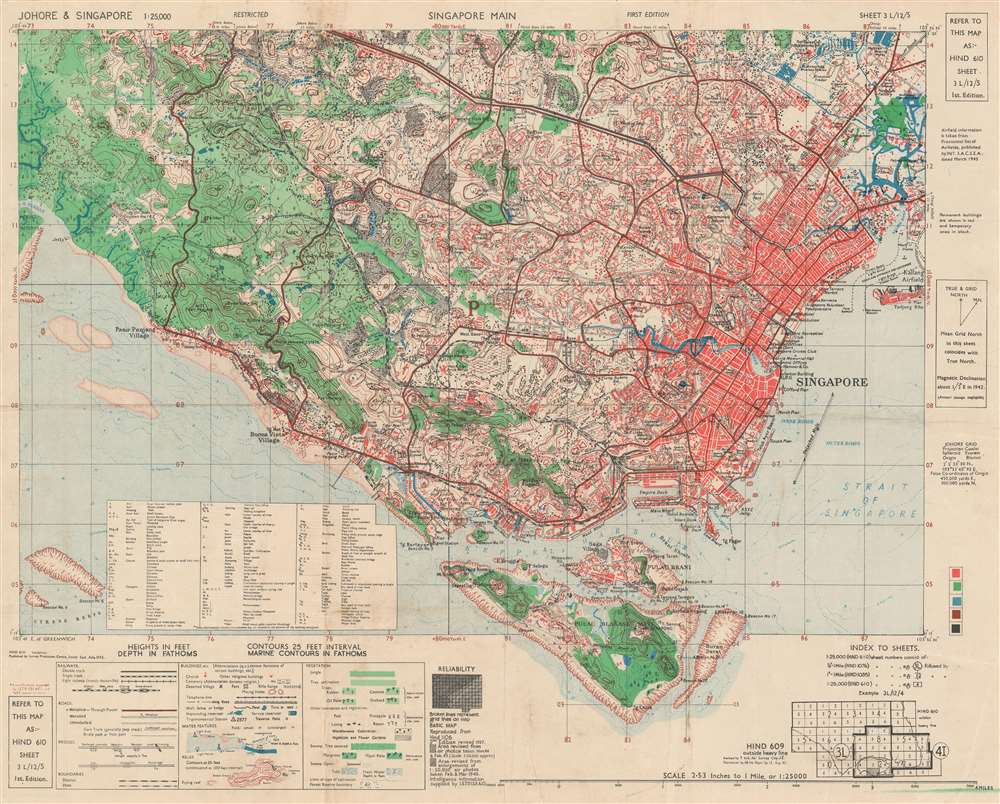 A map of southern Singapore created by the British War Office near the end of World War II.

This is a 1945 British War Office map of southern Singapore. The map depicts the region from the Pandan River to Kallang Airfield and from the Sleepy Valley Estate to Pulau Blakang Mati. Highly detailed, individual buildings are illustrated throughout the region, some of which are labeled, including stores, sports areas, hospitals, prisons, factories, government buildings, schools, and churches. Roads snake their way from one end of the area to the other, providing access to nearly every part of the island. An index of abbreviations used is situated in the lower left quadrant, just above a key explaining the various notations present.

This map was created and published by the Survey Production Centre for South East Asia of the Geographical Section of the General Staff of the War Office. It was revised by the Seventh Indian Air Survey Company and produced by the 66 Indian Reprographic Group in August 1945. We are aware of three examples in institutional collections which are part of the collections at Southern Illinois University, the Australian War Memorial, and the National Archives of Singapore. This map is extremely rare on the market as we have been able to trace only one other occurrence in recent years when it has been available.