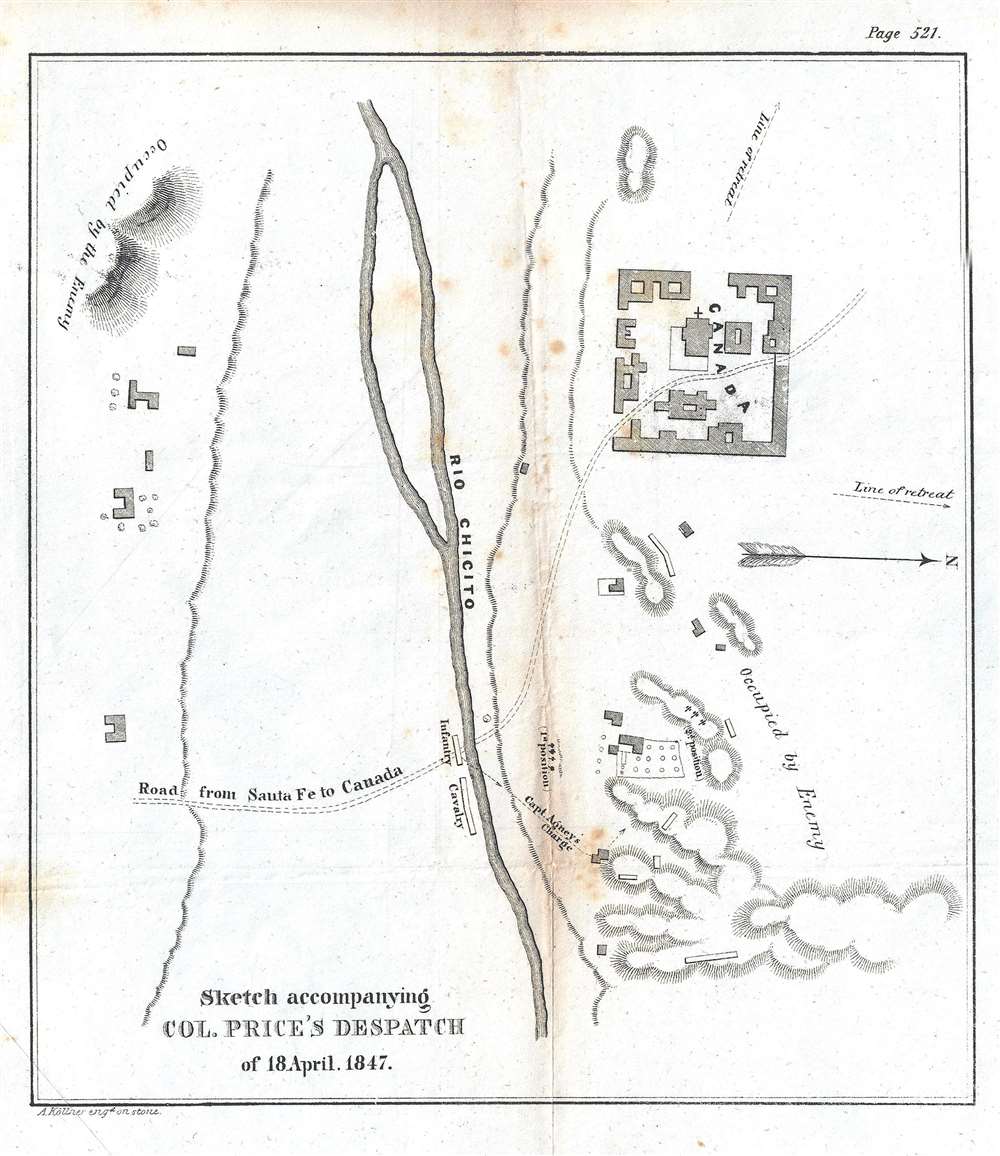 The first battle in the Taos Revolt of 1847 between U.S. forces and Hispano and Puebloan insurgents.

This is an 1847 William Hemsley Emory map of the Battle of Cañada one of the battles during the Taos Revolt in and near Taos, New Mexico, which was part of the Mexican-American War. Oriented to the west, the map is bisected by the Rio Chicito, with the road from Santa Fe to Cañada illustrated by two dashed lines. Cañada itself is on the north side of the river and several buildings are noted, though none are labeled. Numerous buildings are illustrated throughout the countryside, along with the region's topography, allowing the viewer to have some understanding of the terrain where the battle occurred.

The Battle of Cañada

The battle of Canada took place on January 24, 1847, when Colonel Sterling Price and his force of U.S. soldiers, militia, and volunteers from Santa Fe, encountered a large force of insurgents on the heights along the road to Santa Cruz de la Cañada. The battle, which lasted only minutes, was essentially an ambush laid by the insurgents in the hopes of hurting the advancing U.S. force. However, Price and his men 'had dislodged the enemy' from all its strongpoints and 'they were flying in every direction'. Price and his men camped at Cañada that night, while the insurgents retreated to Taos.

This map was created by William Hemsley Emory, engraved by Augustus Kollner, and published in a U.S. government report in 1847. While fairly well represented in institutional collections, this map is scarcely on the market.