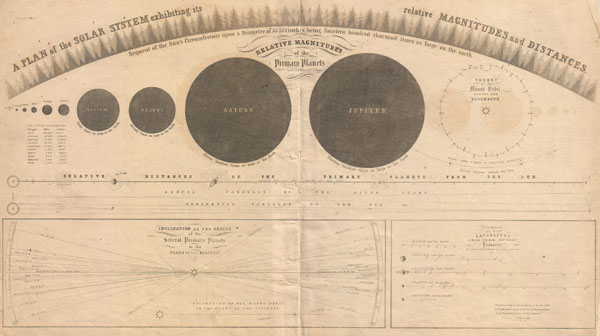 This rare chart illustrating the Solar System was engraved W. G. Evans of New York for Burritt's Atlas to Illustrate the Geography of the Heavens. Shows the primary planets in relation to one another both with regard to magnitude and distance from the sun. Subcharts detail the inclination of the orbits of the other planets in relation to earth and the distances of various planetary moons from their primaries. Dated and copyrighted: 'Entered according to Act of Congress in the year 1855 by F. J. Huntington in the Clerks Office of the District Court of the United States in the Southern District of N. York.