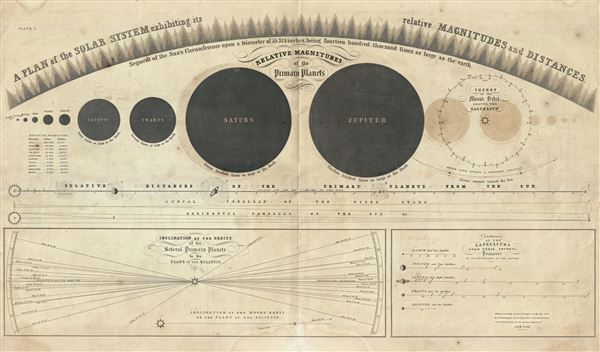 This rare 1856 map or chart by Elijah Burritt illustrates the plan of the Solar System and the relative magnitude and distances of the primary planets. It shows the primary planets in relation to one another both with regard to magnitude and distance from the sun. The chart includes two sub charts detailing the inclination of the orbits of the several primary planets to the plane of the Ecliptic and the distances of the satellites from their several primaries. This map was issued as plate no. I in the Mason Brother's 1856 edition of Atlas, Designed to Illustrate Burritt's Geography of the Heavens.