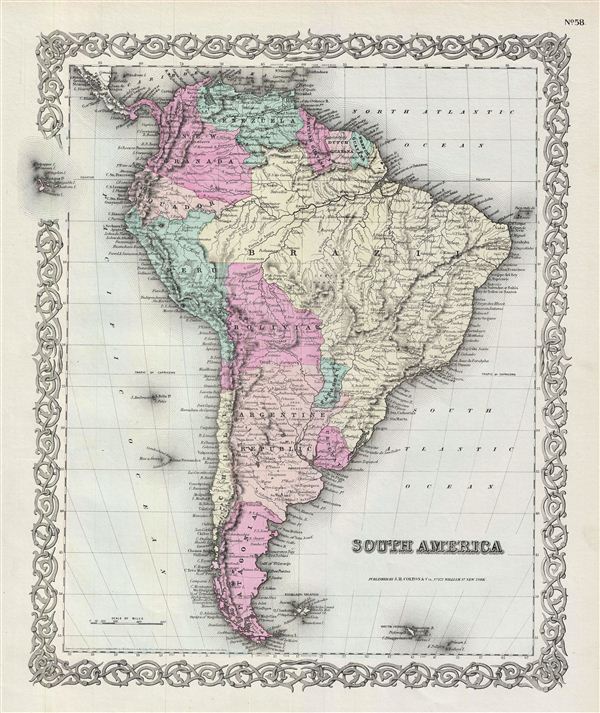 A beautiful 1855 first edition example of Colton's map of South America. Covers the entire continent from the Caribbean to Tierra del Fuego and from the Pacific to the Atlantic. Includes the Galapagos, Juan Fernandez, Falkland and South Georgia island groups. Depicts the continent in impressive detail – especially the interior, which at the time was largely unknown. Shows Bolivia with an outlet to the Sea and Patagonia as separate from the Argentine Republic and Chile.