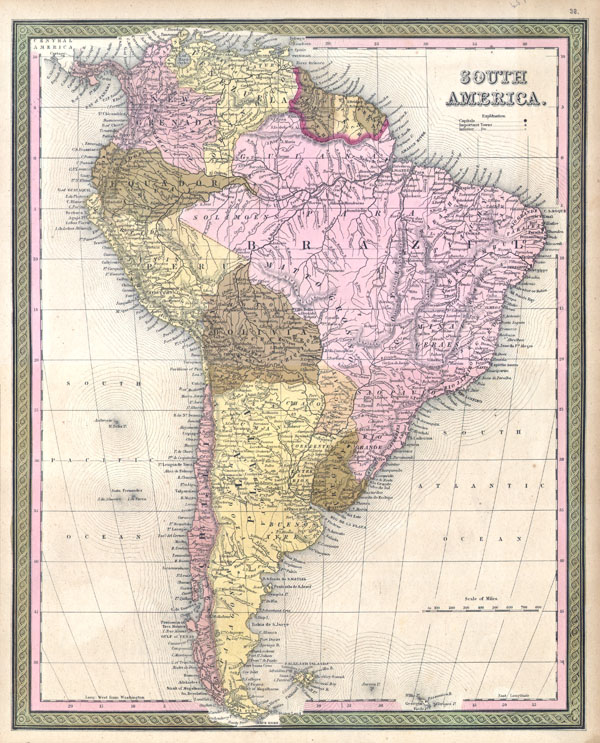 This is an attractive hand colored 1850 map of South America by the important American map publisher S. A. Mitchell, the elder. Depicts the whole of South America inclusive of Panama and the Falkland Islands. Ecuador is depicted extending well into central South America along the Amazon River. Columbia is labeled New Grenada. Undated, but prepared for the 1850 edition of Mitchell's New General Atlas