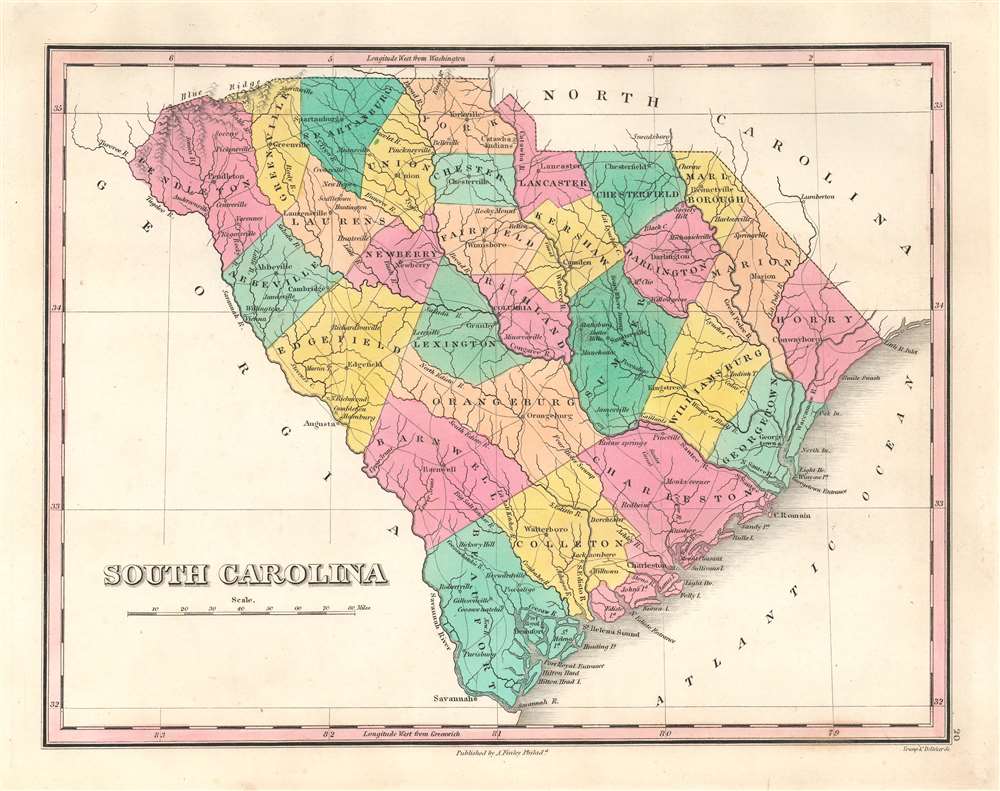 This is a beautiful example of Anthony Finley's important 1827 map of South Carolina. A rarity of the time period, this map depicts the state individually rather than bundled with North Carolina. Rivers, roads, canals, and some topographical features are illustrated, including the Savanna River and the Blue Ridge Mountains. Cities and towns are identified, such as Charleston, George Town, Newberry, and Greenville. Counties are shaded different colors to allow for easy differentiation. Augusta and Savannah, Georgia, both just across the Savannah River in Georgia, are also labeled.

This map was engraved by Young and Delleker for the 1827 edition of Anthony Finley's General Atlas.

Finley, A., A New General Atlas, Comprising a Complete Set of Maps, representing the Grand Divisions of the Globe, Together with the several Empires, Kingdoms and States in the World; Compiled from the Best Authorities, and corrected by the Most Recent Discoveries, (Philadelphia) 1827.