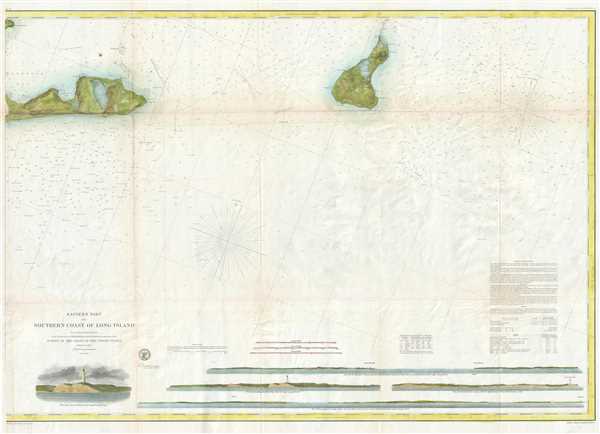 This is an 1857 U.S. Coast Survey nautical chart or maritime map of Montauk and Block Island, New York. The map depicts the region from Napeague Bay to the sound east of Block Island. Highly detailed, myriad depth soundings populate the map, along with noted shoals, coves, and bays. Great Pond and Fort Pond are labeled in Montauk. Five coastal views are included along the bottom border, including a gorgeous view of the Montauk fixed light (lighthouse) and four other stretches of coastal Montauk. Practical information for the mariner, such as sailing directions, information on the location of lights, and a tide table are all included on the lower right near the views.