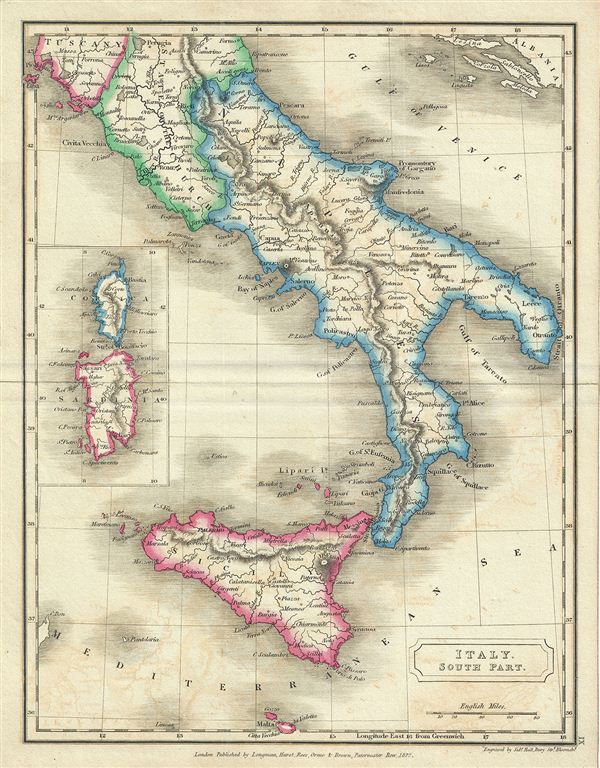 This is a fine example of Samuel Butler's 1822 map of south Italy. It covers the Kingdom of Naples (a common reference for the 'Kingdom of the Two Sicilies'), which extended from the Papal States south to include all of Sicily extending as far south as Malta. It also includes an inset map along the left margin detailing the islands of Sardinia and Corsica.

The map is somewhat detailed with regional boundaries outlined in color. Various towns, cities, rivers, and several other topographical features are noted with relief shown by hachure. This map was engraved by Sidney Hall and published by Longman, Hurst, Rees, Orme & Brown for issue as plate no. IX in the 1822 edition of Samuel Butler's An Atlas of Modern Geography.