1872 Colton Map of Antarctica or the South Pole 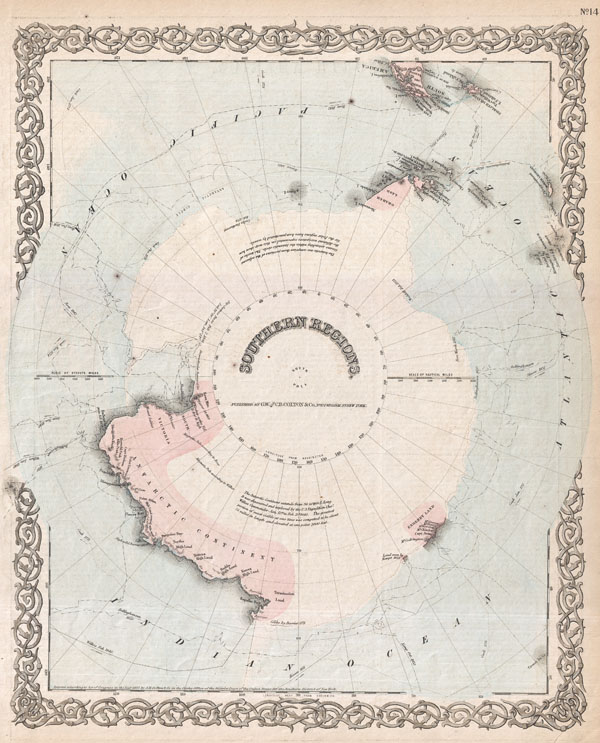 1872 Colton Map of Antarctica or the South Pole

A rarely seen variant state of Colton's map of the South Pole, Antarctica, or the Southern Polar Regions. Shows the great southern continent with both solid and tentatively sketched in borders. Notes the travels of important Antarctic explorers of the previous 20 years or so, including Wilkes (1840), Bellinghausen (1820), Ross (1840 - 1843), KIempt (1833), Cook (1773 - 1774 ) and Biscoe (1831). Generally gives an excellent overview of the state Antarctic exploration and discovery to about 1855. Though this map is not significantly different from earlier editions - the only notable change to the plate is that the J.H. Colton imprint has been replaced by the G.W. and C.B. Colton imprint - however it is unique in that color has been added. All previous editions of this map were in black and white. Like most Colton maps, though the plate has changed, the copyrights were not updated and remain 1855. Prepared by G. W. and C. B. Colton as map no 14 in the 1872 edition of Colton's Atlas of The World. Published from Colton's 172 William Street office in New York.