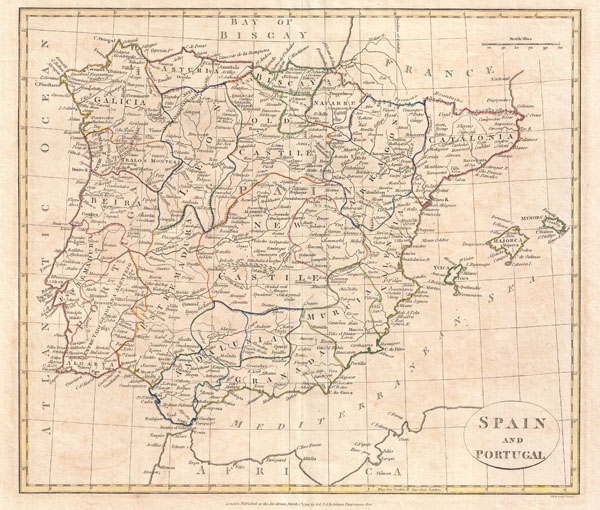 A fine 1799 map of Spain and Portugal by the English map publisher Clement Cruttwell. Map shows the provinces as they appeared at this time, including the islands of Majorca, Minorca, and Ibiza (Yvica). The most prominent provinces are New and Old Castile, at the center of the map. A former kingdom, the areas eventually merged with their neighbors and today comprise the autonomous region of Castile y León in the northwest, and Castilla-La Mancha and Madrid, in the center and south of the country. Many of the provinces appear in their modern configuration. Outline color and fine copper plate engraving in the minimalist English style prevalent in the late 18th and early 19th centuries. Drawn by G. G. and J. Robinson of Paternoster Row, London, for Clement Cruttwell's 1799 Atlas to Cruttwell's Gazetteer.