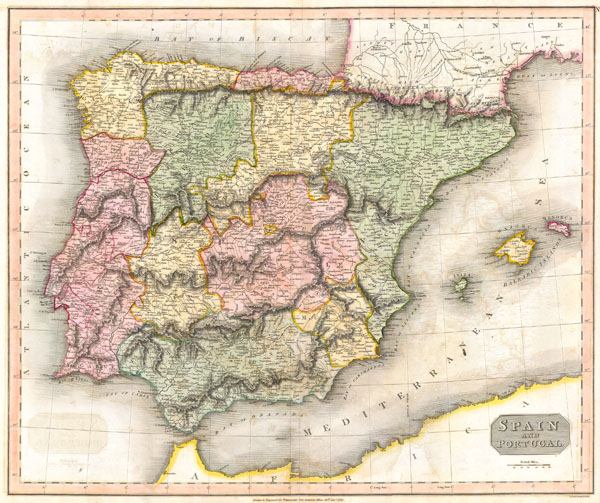 This fascinating hand colored 1815 map by Edinburgh cartographer John Thomson depicts southern Spain and Portugal or the Iberian Peninsula. Color coded according to region. This is the finest 19th century representation of Spain and Portugal we've seen.