1887 Bradley Map of Spain and Portugal 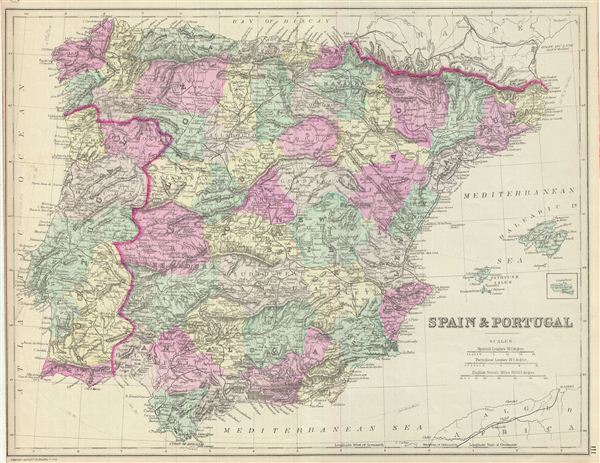 1887 Bradley Map of Spain and Portugal

This is a fine example of William M. Bradley's 1887 map of Spain and Portugal. It covers all of Spain and Portugal from France to the Strait of Gibraltar. The Balearic Islands of Ibiza, Majorca and Minorca are included. Various towns, cities, rivers and an assortment of additional topographical details are noted. Map is color coded according to regional and political boundaries with elevation rendered by hachure. Copyrighted 1887 by Wm. M. Bradley & Bro., for issue as plate no. 111 in the 1887 edition of Mitchell's New General Atlas.

Very good. Blank on verso. No margin on left.