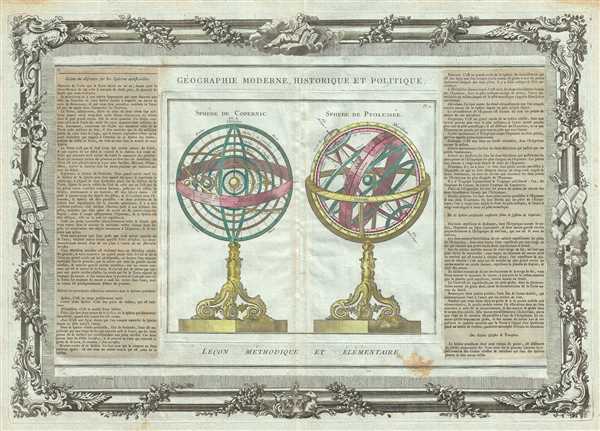 Armillary spheres according to Ptolemy and Copernicus.
$300.00

This is an attractive 1786 chart by French cartographer Louis Brion de la Tour depicting two armillary spheres. The sphere in the left shows an armillary sphere according to Copernicus while the one of the right is a sphere according to Ptolemy. While the Ptolemaic model depicts Earth in the center, the Copernican model shows the Sun as the center with planets orbiting around it.