1716 Homann Map of Central Italy and the Papal States 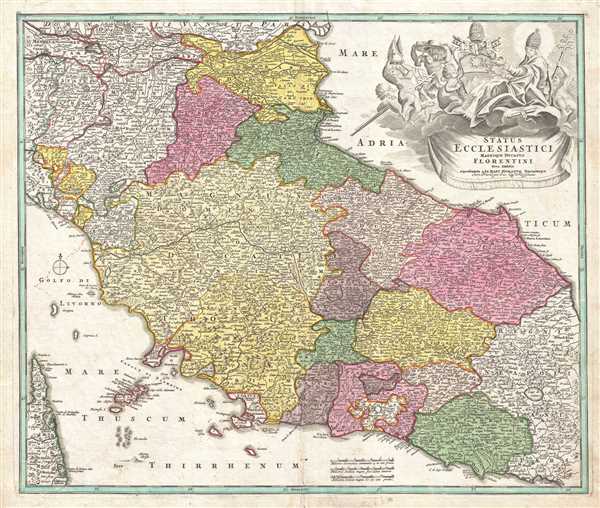 1716 Homann Map of Central Italy and the Papal States

This is a 1716 Johann Baptist Homann map of central Italy. The map depicts the region from Cremona and Corsica to the Adriatic Sea and from Mantua to the Gulf of Gaeta and the Tyrrhenian Sea. Meticulously detailed, Italy is divided into the duchies, kingdoms, and other political entities that existed during this era in Italian history. Myriad cities, towns, and villages are labeled, including Rome, Florence, Pisa, Ravenna, and Livorno. Rivers snake their way across Italy in every conceivable direction, including the Po River near the top of the map. A very decorative title cartouche is situated in the upper right corner, featuring illustrations of the pope, the papal coat of arms, and numerous winged cherubs.

This map was created and published by Johann Baptist Homann in 1716.