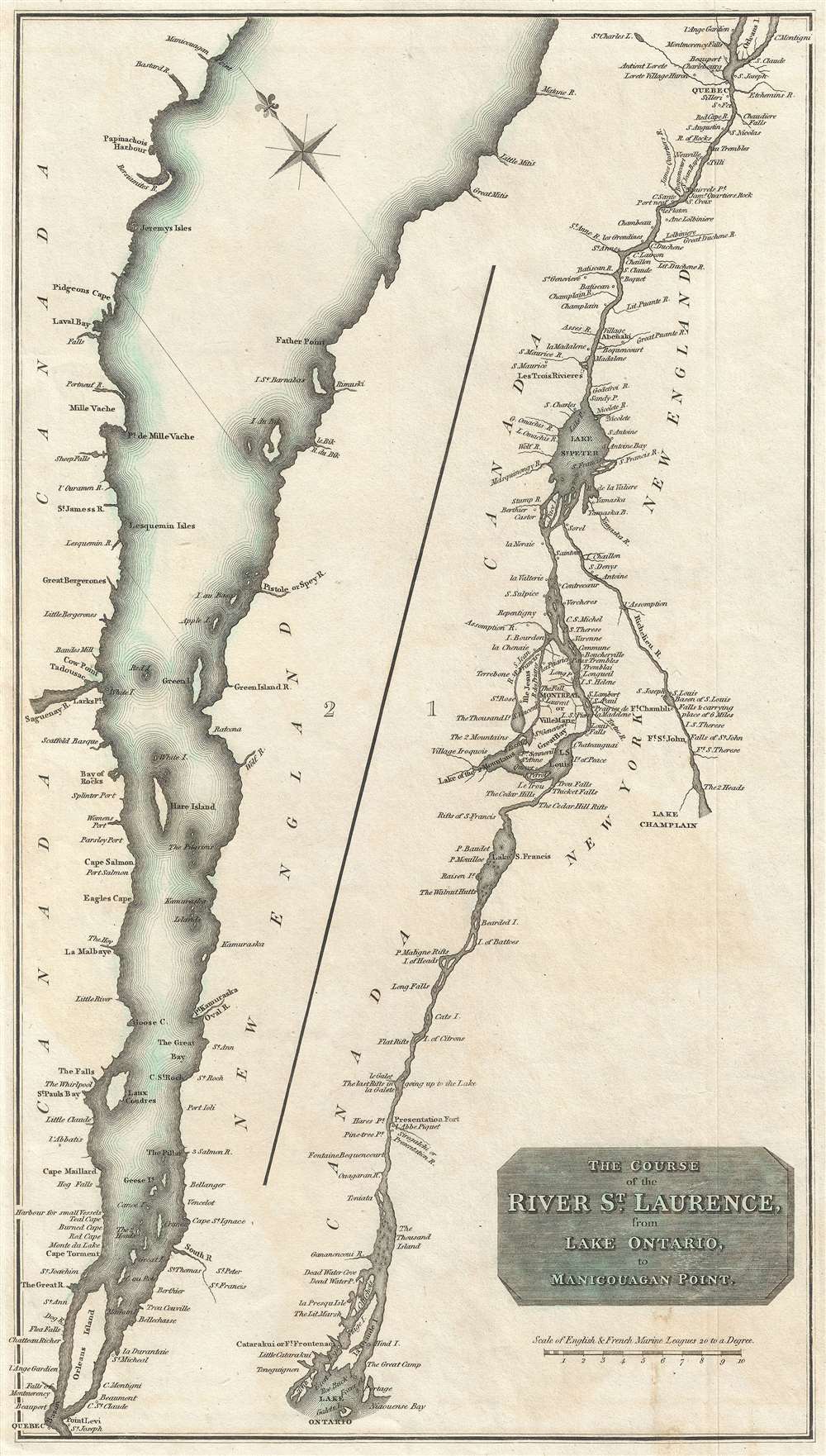 The St. Lawrence River was a critical artery for British Canada and remains an important shipping lane to this day. Thomson no doubt planned this map to capitalize on interest in the river in England spurred by events in the American Revolutionary War and the more recent War of 1812.