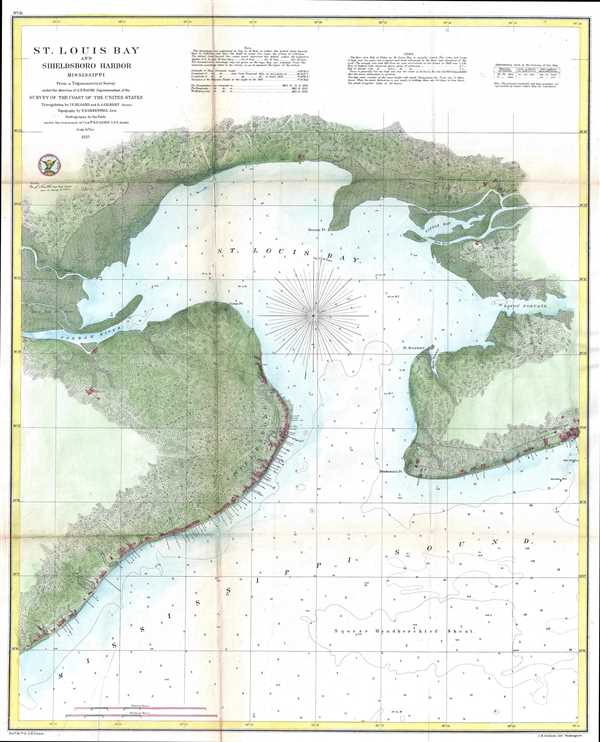 One of the earliest accurate nautical charts of St. Louis Bay, Mississippi.

An attractive hand colored 1857 U.S. Coast Survey triangulation chart or map of St. Louis Bay, Mississippi. The chart details the area around St. Louis Bay including the town of Shieldsboro (modern St. Louis Bay) and Pass Christian, Mississippi. The towns are detailed to the level of individual buildings, illustrating many of the wharves and piers in both communities. The chart also details the Jordan River as well as the Bayou Portage. Square Handkerchief Shoal is noted and depth soundings are recorded throughout the region. The hand color work on this beautiful map is exceptionally well done.

The triangulation for this map was completed by J. E. Hilgard and S. A. Gilbert. The topography was accomplished by W. Greenwell. The hydrography is the work of a party under the command of B. F. Sands. This map was compiled under the direction of A. D. Bache, Superintendent of the Survey of the Coast of the United States and one of the most influential American cartographers of the 19th century.