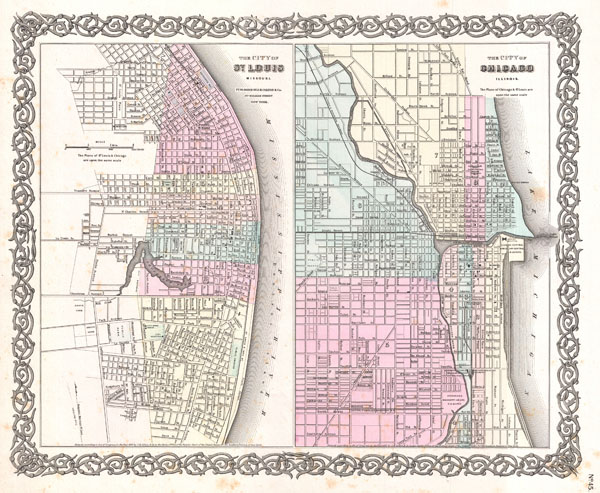 The right hand map, Chicago, Illinois, depicts from Reuben Street to Lake Michigan and from Center Street to Bridge Street. In addition to all major streets, this map identifies various railroad depots, the Marine Hospital, the Railroad Depot, a market and a number of unnamed public squares.

Dated and copyrighted to J. H. Colton, 1855. Published from Colton's 172 William Street Office in New York City. Issued as page no. 45 in volume 1 of the first edition of George Washington Colton's 1855 Atlas of the World.