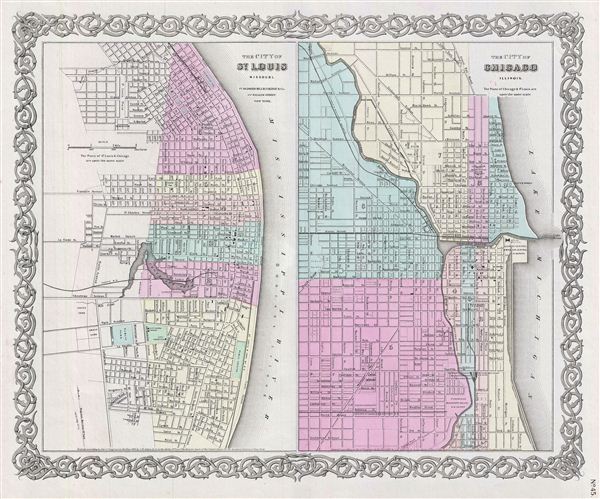 The right hand map, Chicago, Illinois, depicts from Reuben Street to Lake Michigan and from Center Street to Bridge Street. In addition to all major streets, this map identifies various railroad depots, the Marine Hospital, the Railroad Depot, a market, and a number of unnamed public squares.

Both maps are hand colored in pink, green, yellow and blue pastels to identify city wards. Drawn to the same scale, they also offer extraordinary detail at level of individual streets and buildings. Surrounded by Colton's typical spiral motif border. Dated and copyrighted to J. H. Colton, 1855. Published from Colton's 172 William Street Office in New York City. Issued as page no. 45 in volume 1 of Colton's 1856 Atlas of the World.