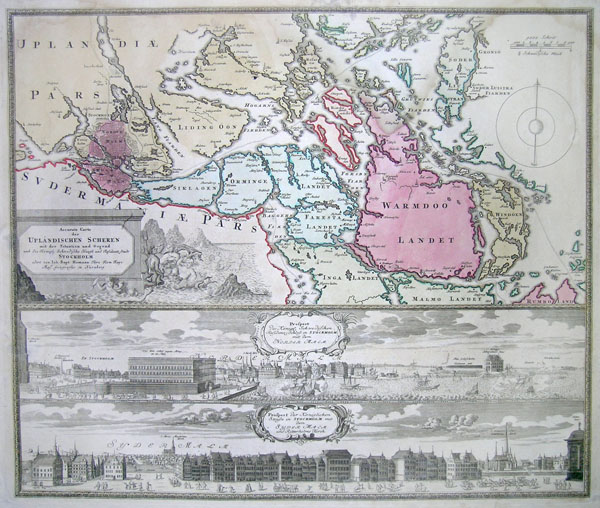 This is a 1730 Homann map of Stockholm Sweden. The lower portion of the map includes two views of Stockholm.

Very good. Map is in very good condition with a minor water stain in the upper central portion (margins) of the map.
Looking for a high-resolution scan of this?