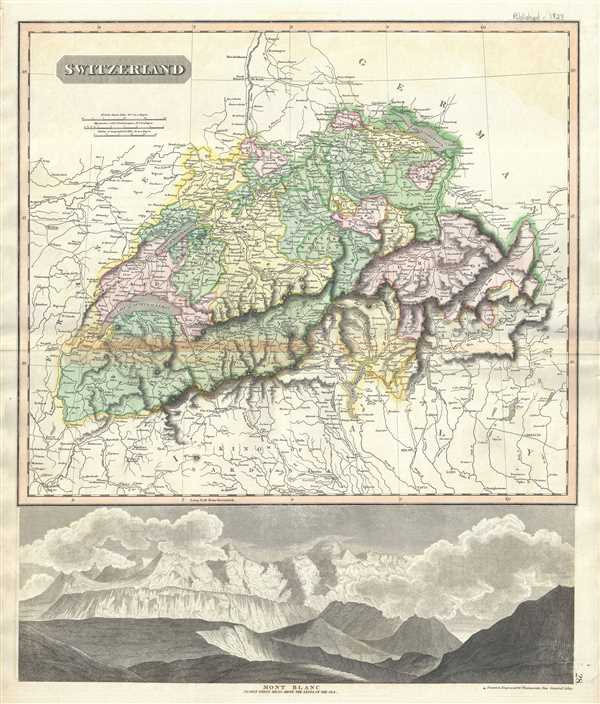 Map of Switzerland with beautiful view of Mont Blac.
$250.00

This is a beautiful example of Thomson’s 1817 map of Switzerland. Divided into two parts, the top part of the sheet covers the Helvetic Confederation of Switzerland as divided into cantons. Several important rivers, mountain ranges, lakes, cities and other topographical features are noted throughout. With its unique blend of dramatic mountains and stunning vistas, Switzerland is considered to be one of the world most beautiful places. The bottom portion of the sheet features a beautifully illustrated view of Mont, nearly three miles above sea level. This map was prepared by John Thomson for inclusion in the 1817 edition of Thomson's New General Atlas.