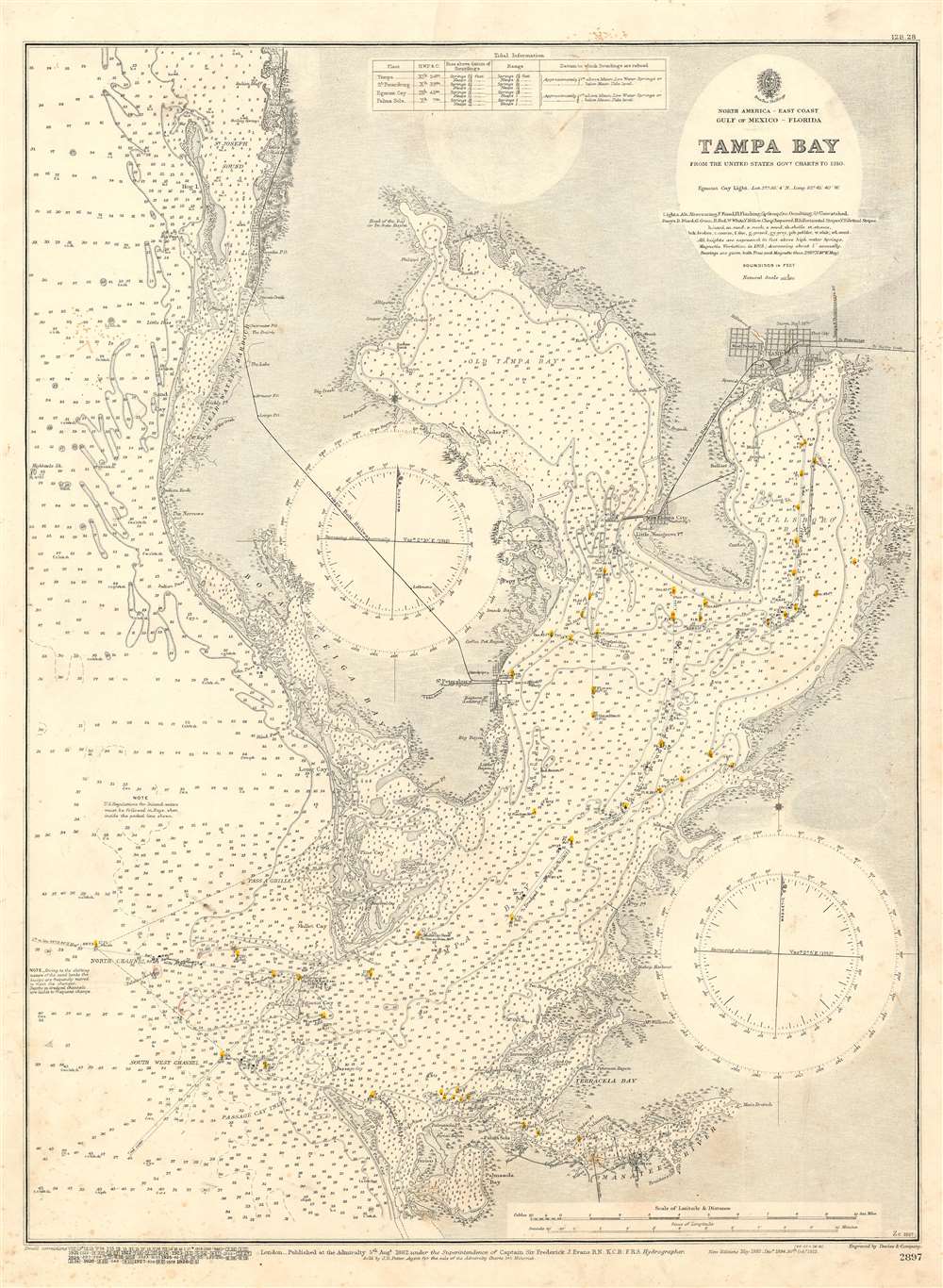 This is a scarce 1928 nautical chart or maritime map of Tampa Bay issued by the British Admiralty Hydrographic Office. The chart covers all of Tampa Bay as far north as Indian Bluff and St. Joseph Sound and as far south as Palma Sola Bay and the Manatee River. The city of Tampa is noted along with the East and West Tampa suburbs and an identifiable street grid. Rail lines, including the Orange Belt Railway and the South Florida and Western Railway. There are thousands of depth soundings in feet throughout.

This map is derived from Spanish and well as from U.S. Coast Survey and other government charts dating to about 1910. The chart was originally copyrighted in 1882. A new edition was released in 1892, with major updates in 1896 and 1912, incorporating the Coast Survey data, represented as Admiralty chart 2897. The updates from the 1882 to the 1912, as here, are significant, with additional soundings, greater detail in the Tampa area, and significant annotations. Numerous small corrections followed to 1928, as noted. The map was engraved by Davies and Company in London. It appears to be quite rare. We have identified no examples in the OCLC. The Touchton Map Library at the Tampa Bay History Center appears to have the original 1882 edition, but not this 'New' 1912 edition. There are presumed uncatalogued examples at the British Library.

Very good. Minor foxing.
Looking for a high-resolution scan of this?