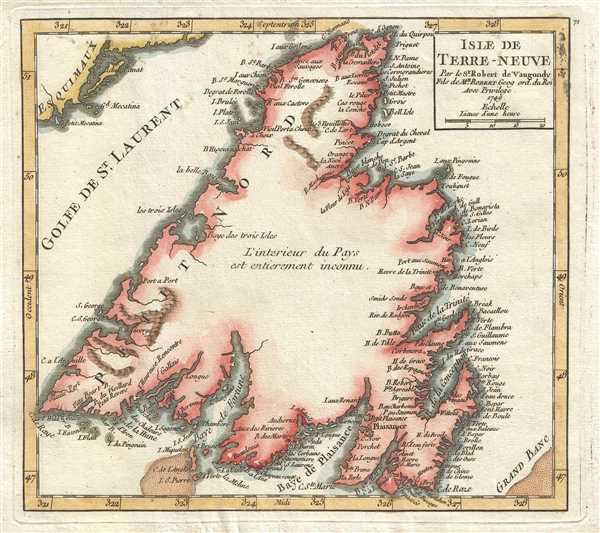 This is a hand colored 1749 Didier Robert de Vaugondy map of Newfoundland. The map depicts the island of Newfoundland from the Golf of Saint Lawrence to the Atlantic Ocean. Myriad locations along the coast of the island are identified, including several bays. Plaisance is the only town identified, located on the Baye de Plaisance. Although the coastal portions of the island are meticulously labeled, the interior of the country is 'completely unknown' (L'interieur du Pays est entierement inconnu). In the upper left corner, a small landmass is depicted, and is labeld Esquimaux, Eskimo.