1842 Greenleaf Map of the Republic of Texas 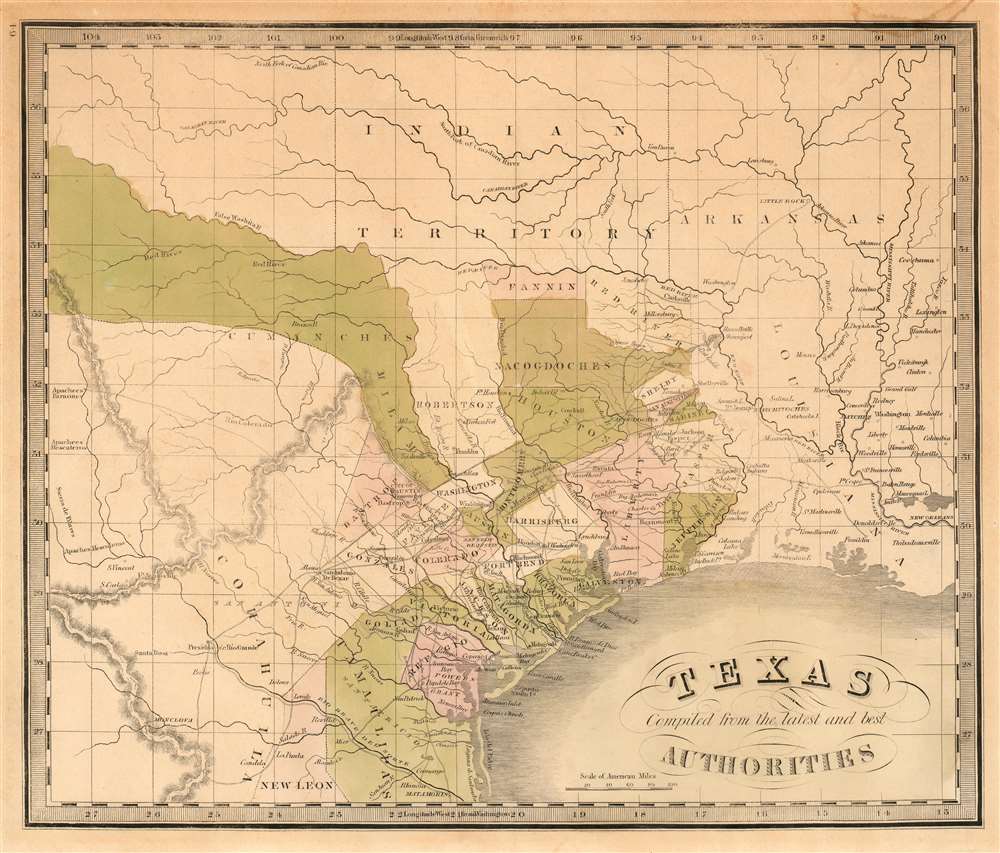 1842 Greenleaf Map of the Republic of Texas

This is Jeremiah Greenleaf’s 1842 map of the Republic of Texas. This highly sought-after map is one of the best depictions of the Republic produced during its brief existence. Rivers and topography are elegantly engraved, trails and forts well detailed, and the Republic's counties are presented with stippled borders and original wash color. Austin - founded in 1839 - is shown as the capital; with the old capital of San Felipe de Austin is also identified. Houston, Galveston, Victoria, Richmond, and San Antonio are all noted. Perhaps unsurprisingly, the eastern portion of the Republic of Texas is well detailed. The west is virtually devoid of settlement indicating 'the progress of settlement and the nearly total lack of information in the west, a region that was to remain primarily the domain of the Comanche and the coyote for another thirty years.' (Martin and Martin) The locations of various Indian tribes are shown as well. The map includes parts of Arkansas, Louisiana, and Mexico, and the southern part of the Indian Territory. The actual outer borders of the Republic are ambiguous, perhaps deliberately, with regard to the border with Mexico.

The Republic of Texas Borders

This map is rare. We find only three separate examples of the 1842 map in OCLC listings, at Yale, Texas Tech, and the Clements. Only two instances of the 1842 New Universal Atlas appear in institutional collections. We have seen this map appear in price records only four times going back to 1991.