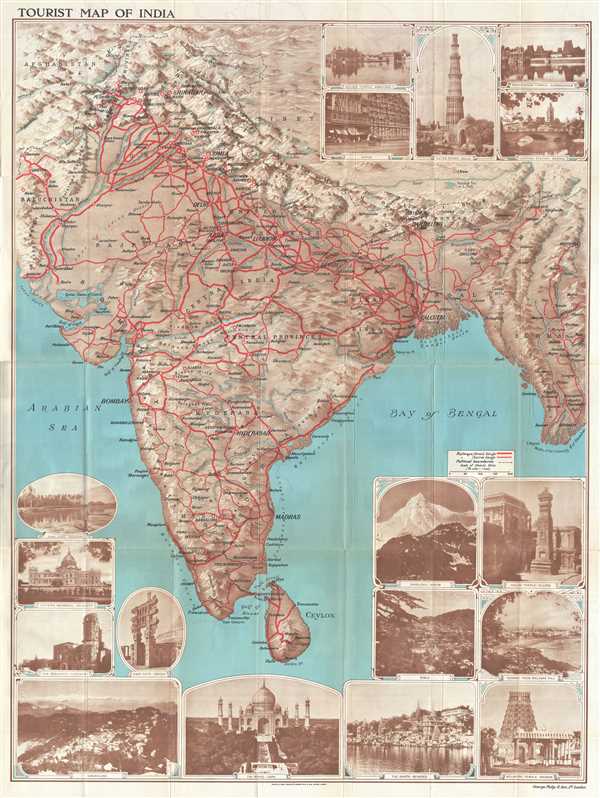 This is a lovely c.1930 map of India by George Philip and Sons Ltd. The map extends from Kashmir south to include Ceylon or Sri Lank and includes modern day India, Pakistan and Bhutan or Myanmar. The entire nation in beautiful detail with relief shown by shading. The map also notes important cities, towns, rivers, hills, deserts and lakes. The railway network throughout the country is shown in red.

The map was published by George Philip and Sons Ltd., London for the Indian State Railways.

Very good. Some wear along original fold lines, with some rips near folds and intersections, repaired on verso. Folds into original paper binder.