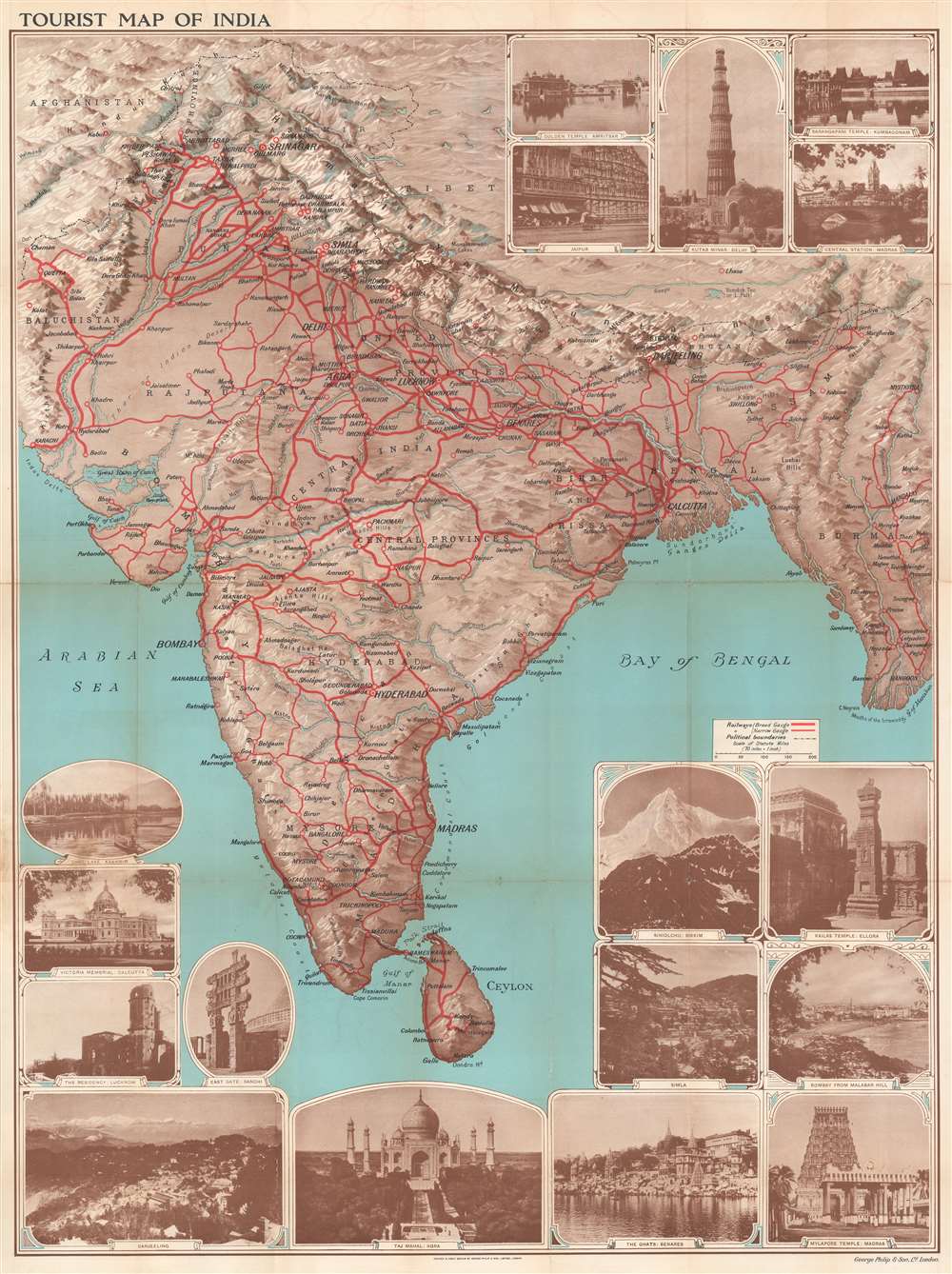 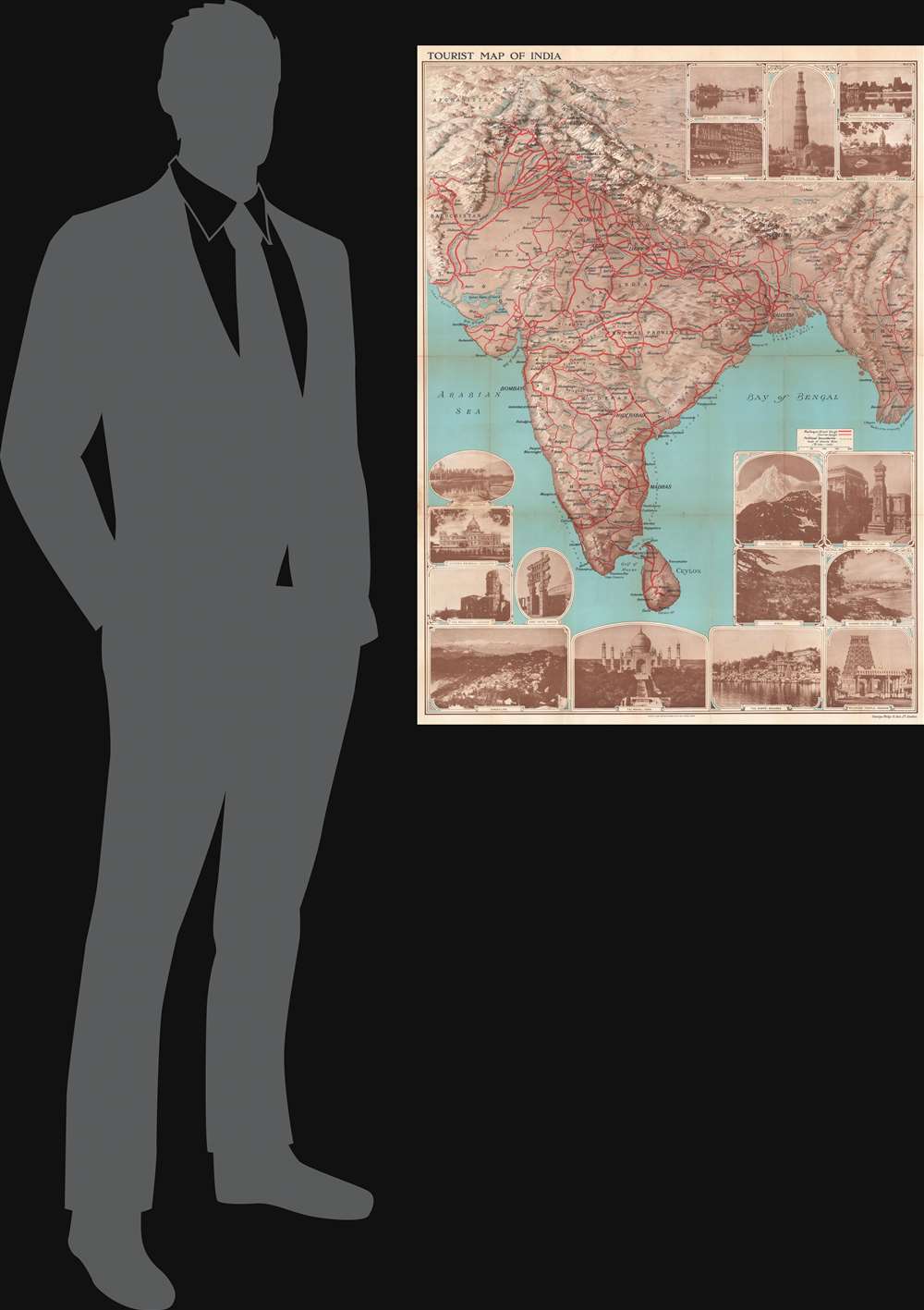 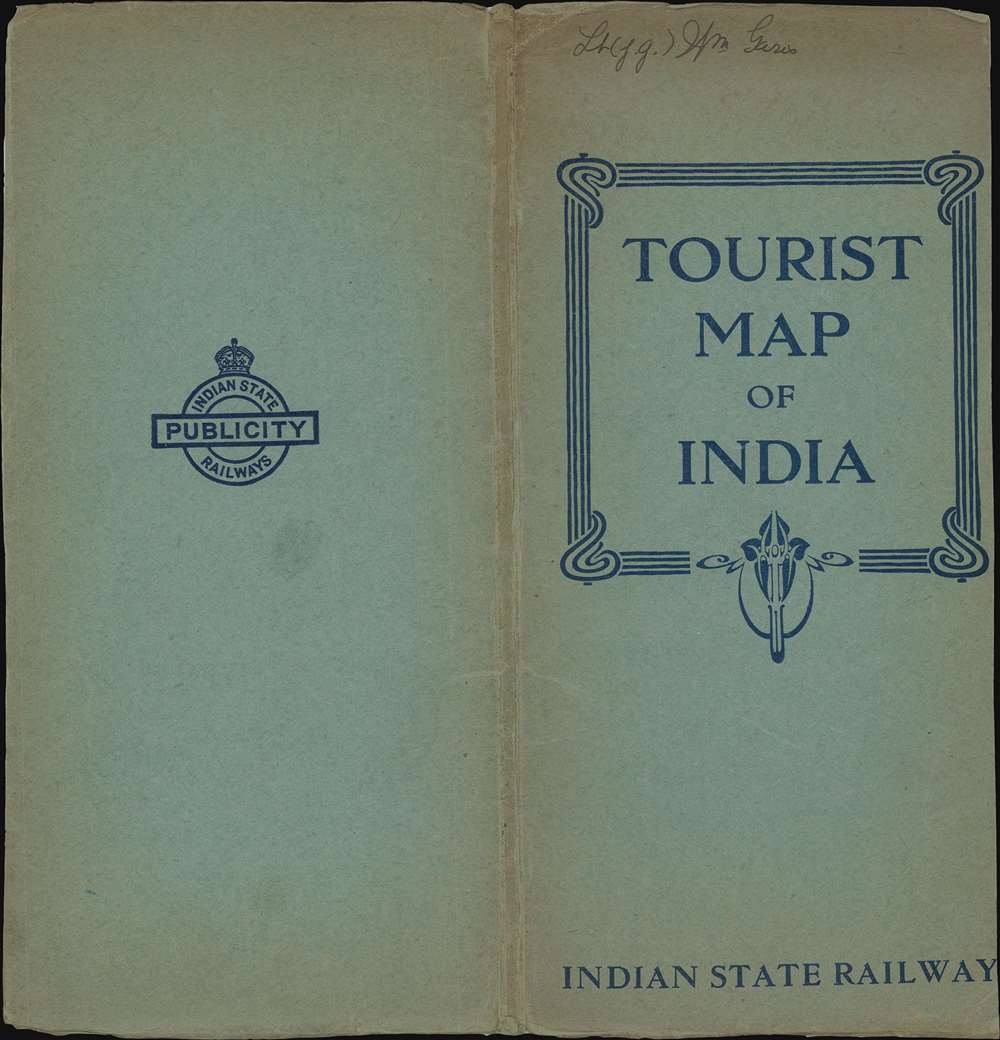 This is a lovely c. 1930 map of India by George Philip and Sons Ltd. The map extends from Kashmir south to Ceylon or Sri Lanka and includes modern-day India, Pakistan, Nepal, Bhutan, and Burma (Myanmar). Cities, towns, and villages are labeled throughout, with large block lettering marking the region's most important cities. Bold red lines highlight the railway network and differentiates between broad vs. narrow gauge.

Seventeen printed photographic images of historic sites decorate the map. These include views of the Golden Temple at Amritsar, Kutab Minar at Delhi, the Central Station in Madras, Bombay from Malabar Hill, the Victoria Memorial in Calcutta, and the Taj Mahal at Agra.

This map was created and published by George Philip and Sons Ltd., London for the Indian State Railways. We note ten examples cataloged in OCLC.