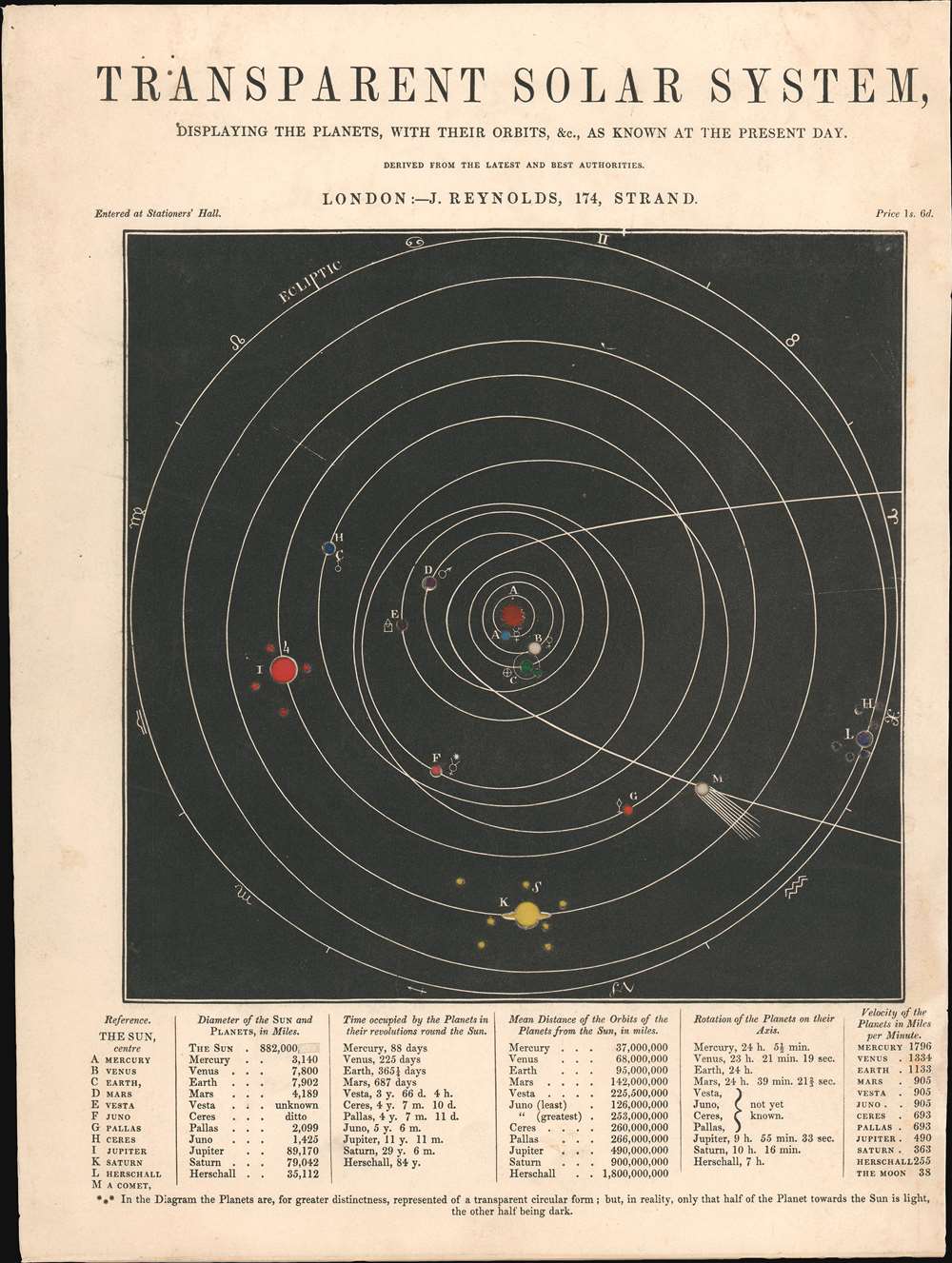 Backlight and Illuminate the planets and moons!
$1,200.00

This is an 1850 James Reynolds map of the Solar System. Consisting of thick cardstock with translucent colored paper mounted on the back, the planets, moons, and other celestial objects can be illuminated from behind. The Sun is at the center, with the planets alphabetically identified and corresponding to a reference in the lower-left corner. Along with the planets, the four largest asteroids in the asteroid belt, Vesta, Juno, Pallas, and Ceres, are identified. Planet 'L', 'Uranus' but referred to here as 'Herschall', is named in honor of the legendary British astronomer William Herschel, who discovered it in 1781. The smaller circles mark moons discovered up to that point and 'M' highlights a comet, likely Halley's Comet since that is the one referenced on other states of this piece. The signs of the zodiac appear along the outermost ecliptic.

This map was published by James Reynolds c. 1850. This is the only known surviving example of this state. We have been able to locate three other states of this map, two of which are in the David Rumsey Map Collection, and the other is part of the collection at the Royal Museums Greenwich.

Royal Museums Greenwich AST0007 (alternate state).
Looking for a high-resolution scan of this?