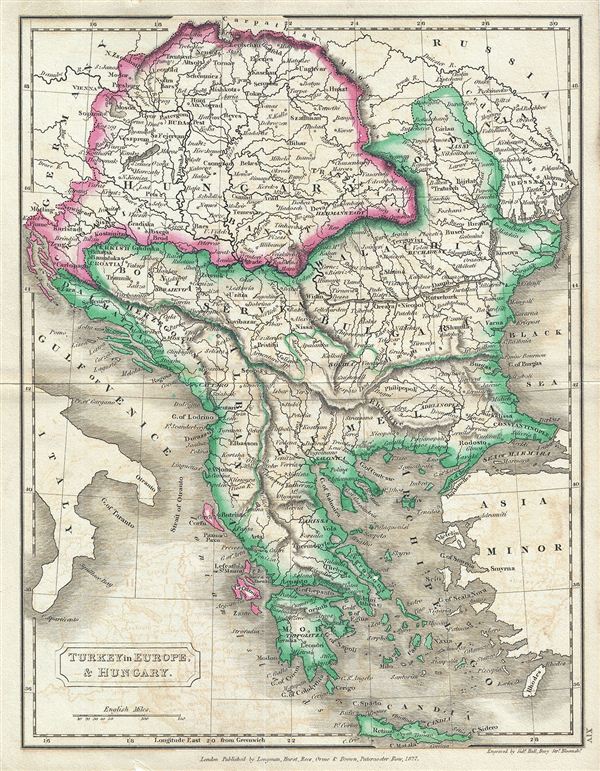 This is a fine example of Samuel Butler's 1822 map of Greece, the Balkans, Hungary and the european part of Turkey. The map covers Turkey and Greece from the Gulf of Venice and the Ionian Sea to the Black Sea. It shows Hungary, Moldova, Wallachia, Bulgaria, Macedonia, the Balkans, Bosnia, Montenegro, Serbia, Albania, and Croatia and includes the island of Candia. As this map was being drawn, the Greek people were in the midst of a bloody war for independence against their Ottoman Turkish overlords. With the help their european allies in Russia, United Kingdom, and France, the Greek revolutionaries finally threw off the Ottoman yolk in 1832. The map is somewhat detailed with regional boundaries outlined in color. Various towns, cities, rivers, and several other topographical features are noted with relief shown by hachure. This map was engraved by Sidney Hall and published by Longman, Hurst, Rees, Orme & Brown for issue as plate no. XIV in the 1822 edition of Samuel Butler's An Atlas of Modern Geography.