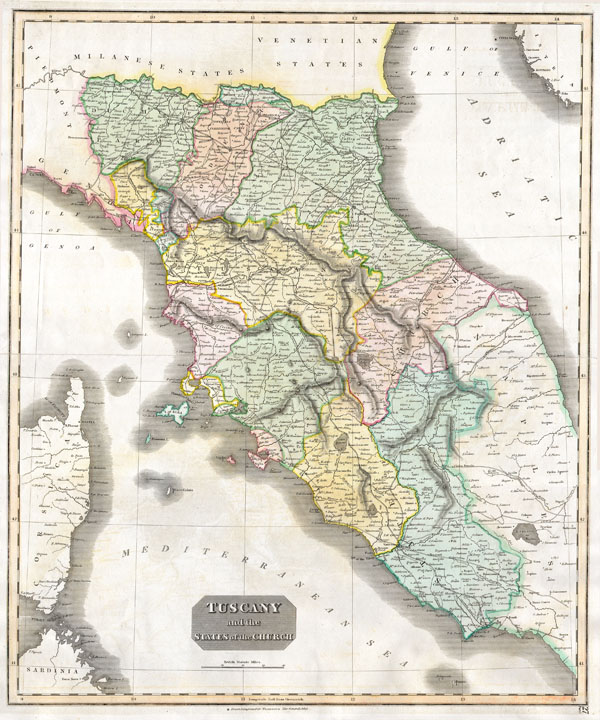 This fascinating hand colored 1814 map by Edinburgh cartographer John Thomson depicts Tuscany and the Papal States in Italy. Depicts most of Central Italy from the Duchy of Parma in the north to Gaeta in the south. Overall a spectacularly highly detailed map of this fascinating region. One of the finest maps of Tuscany to appear in the 19th century.