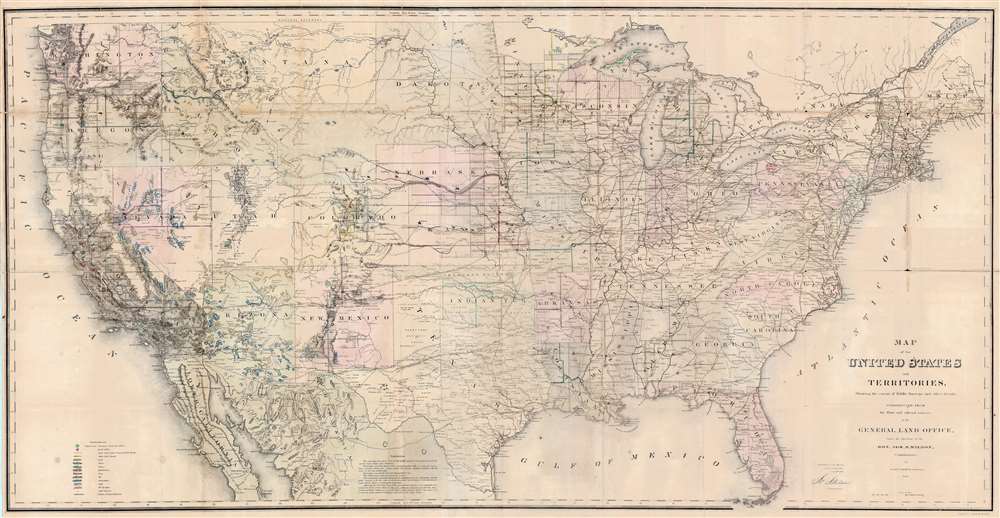 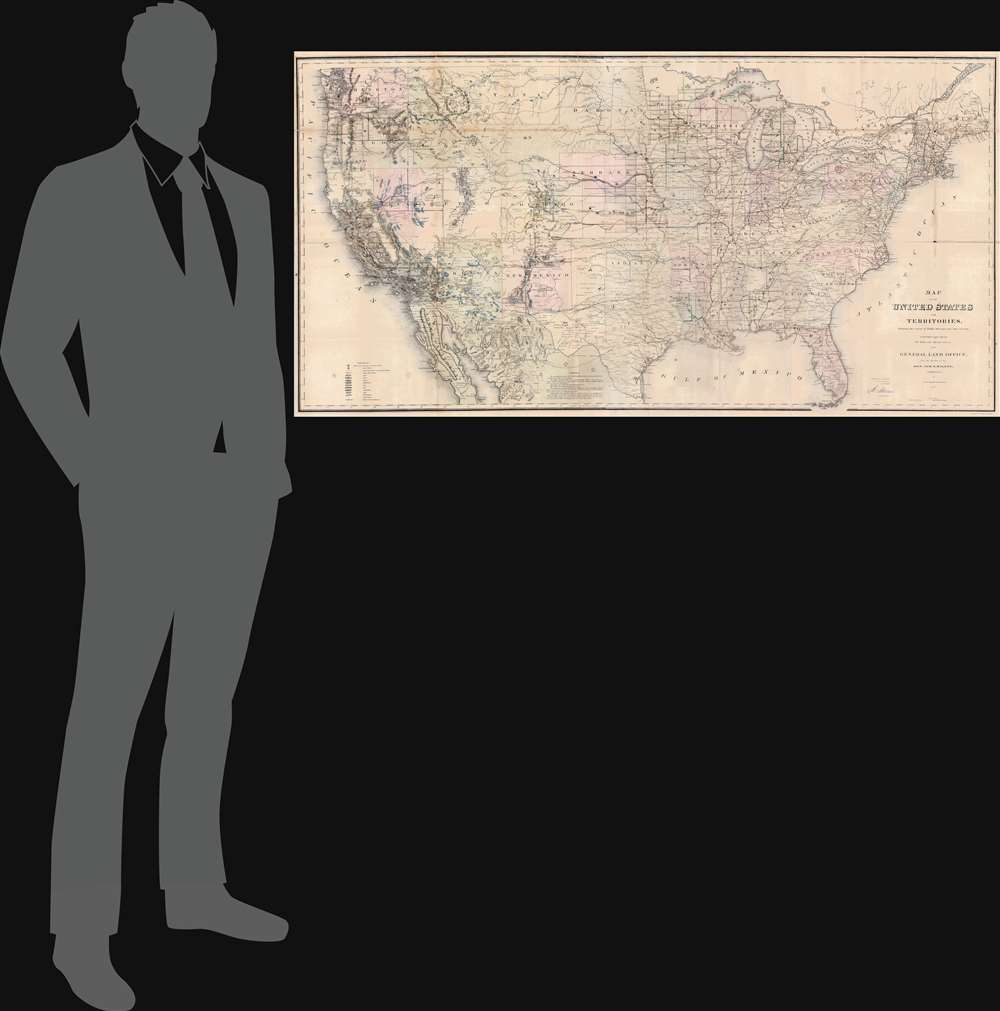 This is an 1867 Joseph S. Wilson and Joseph Gorlinsky map of the United States illustrating the progress of U.S. government land surveys from coast to coast. The map depicts the entire United States from the Pacific Ocean to the Atlantic Ocean and from Canada to Mexico.

The map offers impressive detail, with township grids established throughout most of the middle states. As the map notes, large private claims of irregular shape (meaning that they did not fit into the nice, orderly grid instituted by the Public Land Survey System following the acquisition of the Northwest Ordnance) existed in Arkansas, Florida, Louisiana, and Missouri. The most intriguing geography lies further west. Dakota appears in an unusual configuration, after the creation of Montana, but before Wyoming, creating a unique 'puzzle-piece' situation since the Montana Territory acquired a large part of what had been called Dakota. Large portions of the western territories had not been surveyed, with only sporadic surveys appearing in Colorado, New Mexico, and Nevada. Older territories, such as California, Washington, and Oregon exhibit more comprehensive survey work, but remain incomplete. A key in the lower left notes that the large green dots throughout represent a surveyor general's office, while the smaller red dots indicate a land office, both of which played critical roles in these surveys.

Mineral Deposits and other notations

The other smaller colored dots indicate mineral deposits. The minerals traced here include gold, silver, copper, quicksilver (mercury), iron, tin, asphalt, coal, and oil. Railroad lines throughout the west are illustrated and labeled, including several different proposed routes of the Union Pacific. American flags mark several places along the routes in Nebraska and Kansas, highlighting the distances the railroads had covered. American Indian reservations are identified throughout the west. In Indian Territory, for example, the land leased to specific tribes is noted. Mountains, rivers, and lakes are also illustrated.


Joseph Shields Wilson (c. 1806 - June 23, 1874) was an Irish-American immigrant who held positions in the U.S. Department of the Treasury and the U.S. Department of the Interior. Born in Ireland, Wilson immigrated to the United States as a child and settled in Washington, D.C. He took a job as a messenger in the Department of the Treasury and was eventually promoted to a position as a Clerck. When the Department of the Interior was organized in 1849, Wilson was appointed Chief Clerk of the General Land Office. He served as the Commissioner of the General Land Office from 1860 to 1861 and again from 1866 to 1871. Wilson died in Washington, D.C. on June 23, 1874. Learn More...