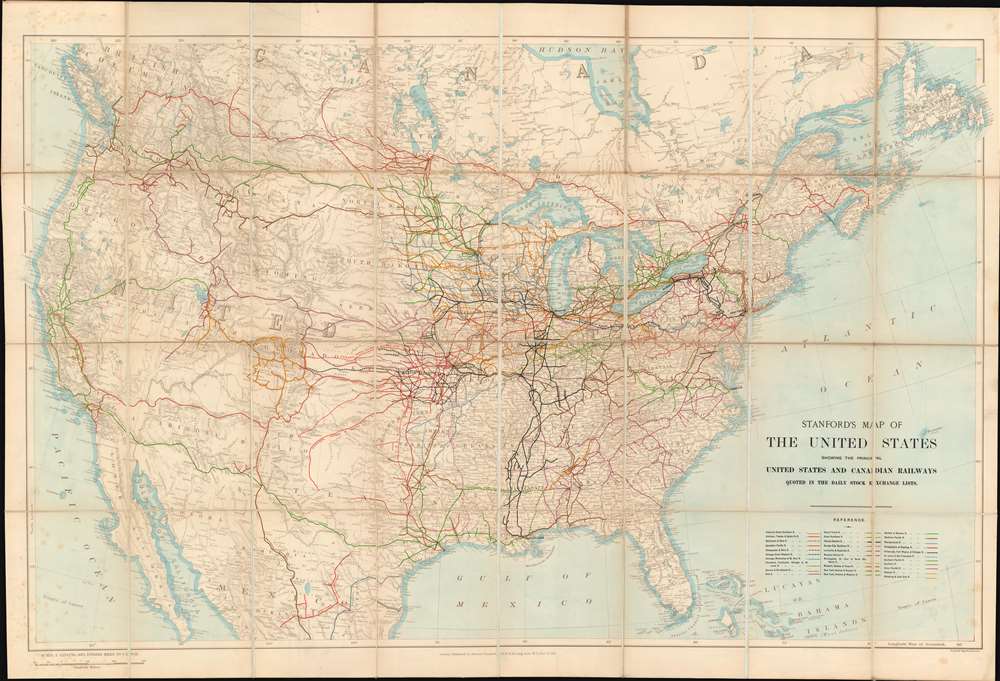 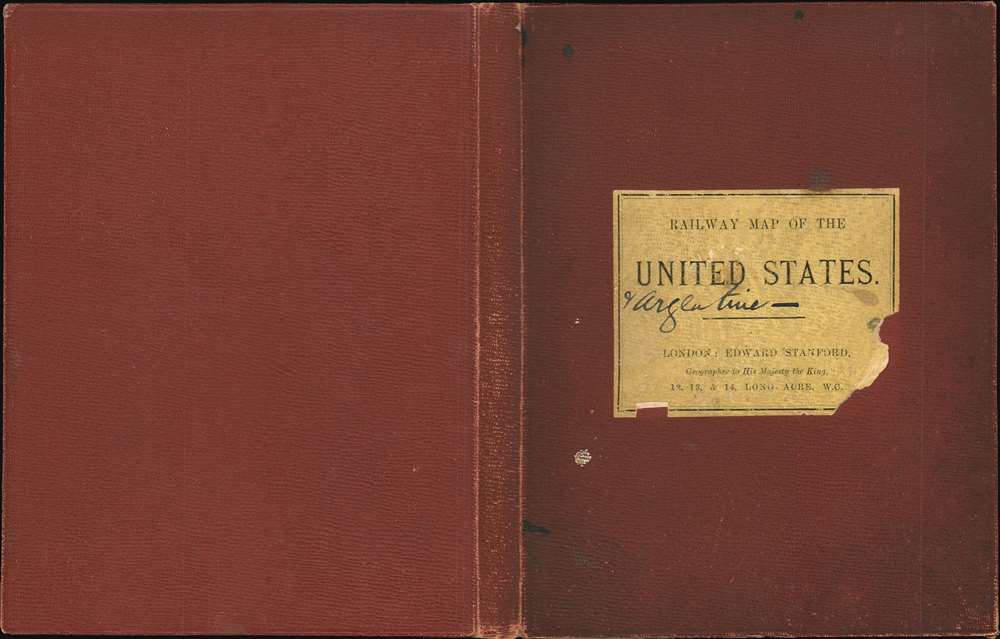 How the dollar became the world's dominant currency.

Illustrating a little-known chapter of railroad history, this is an exceptional large-format 1901 Stanford map of the United States illustrating the growth and development of the American railroad system through the eyes of European investors. Embracing the whole of the United States, from Atlantic to Pacific, the nation is presented in a light sepia with multi-color overprinting illustrating the development of 31 different railroads. As the title suggests, the map is made for European investors, who financed more than 50% of American railroad growth. The leveraging of staggering amount of foreign investment, almost all in U.S. dollars, to construct the transcontinental railroad system, laid the foundations of American global economic dominance in the early 20th century.

Foreign, particularly British and Dutch, investment fueled the development of the American trans-continental railroad system. The earliest British portfolio investments in U.S. railroads were private, through agents, but by 1838, U.S. Railroad companies were being listed on the London Stock Exchange. The appetite for American railroad securities became so voracious that the London Stock Exchange dedicated a special section to only these transactions. Likewise, by 1857, 57 percent of all securities quoted on the Amsterdam Stock and Securities Exchanges were committed to American Railroads.

On the American side, quoting Mira Wilkins in Foreign Investment in the U. S. Economy before 1914,

In the late 19th century over 50% of the stock of such important American companies as the Pennsylvania Railroad (52%), the Illinois Central (65%), and the Louisville and Nashville (75%) was held abroad.

Significantly, these securities were typically traded and held in U.S. Dollars. The investment required to construct multiple railroad networks across the vast expanse of the American west was so staggering that between 1880 and 1914, much of Europe's private wealth funneled to the United States and traded in American dollars. By 1913, these investments, and subsequent investments in other U.S. public and private sectors, catapulted the dollar to become the world's dominant currency and the U.S. to become the world's largest economy.

This map was issued in 1901 by Stanford's Geographical Establishment. Today it is extremely rare, with only 2 other examples known, one at the British Library, and another at the University of Texas, Arlington.