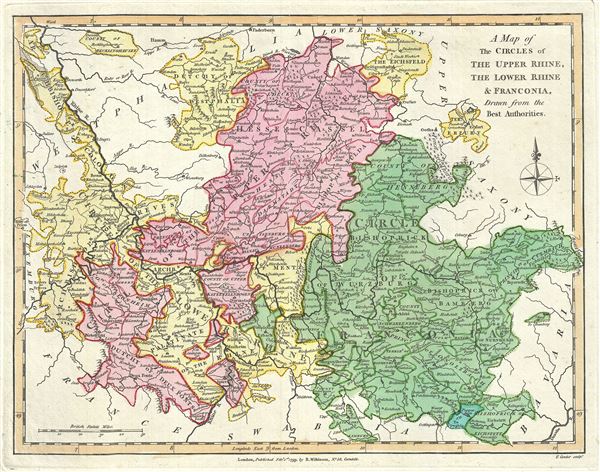 This map was engraved by Thomas Conder and issued as plate no. 19 in the 1792 edition of Robert Wilkinson's General Atlas.