1579 Ortelius Map of Verona and Vicinity. (Including Lago di Garda) 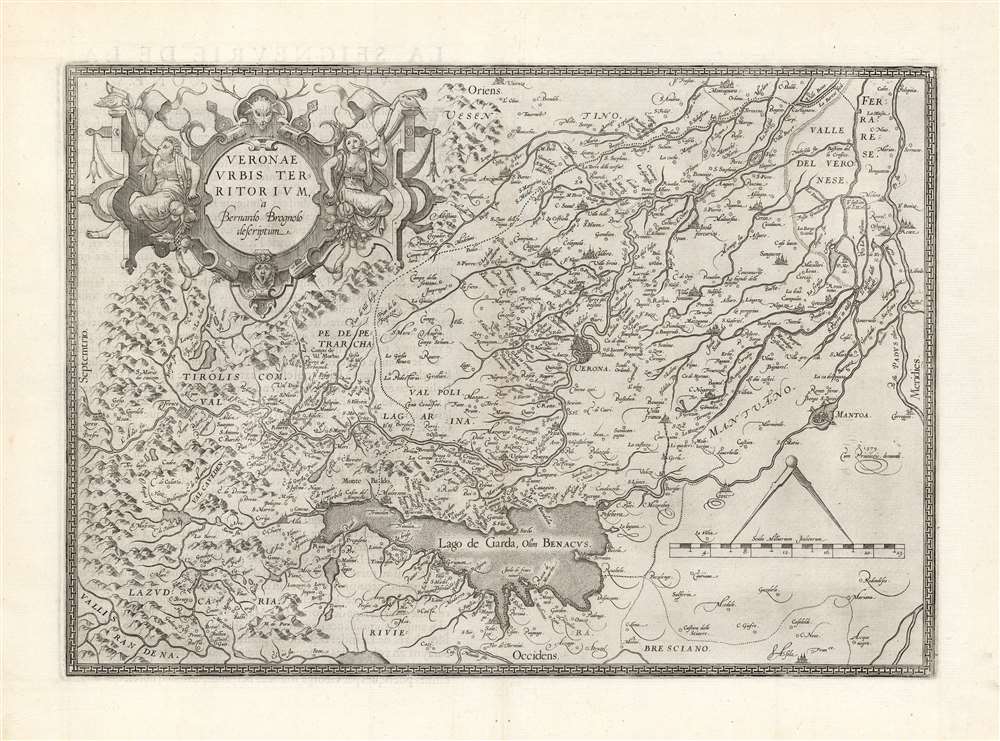 1579 Ortelius Map of Verona and Vicinity. (Including Lago di Garda)

This is Abraham Ortelius' 1581 map of Verona and vicinity, Italy, including Mantua, part of the Alps, and the Lago de Garda. The map is oriented to the east and the area's mountainous terrain is depicted pictorially. The strapwork cartouche is flanked by two Diana-like women blowing hunting horns and seated amongst copious produce. The whole is surmounted with the head of a vengeful deer. Ortelius credited this map to a Venetian, Bernardo Brognoli, who drew the map in 1564. Brognoli's map was first engraved and printed in 1574 by Forlani.

This map was engraved for inclusion in Ortelius' Theatrum Orbis Terrarum in 1579. The present example conforms typographically to the 1581 French text edition, of which van den Broecke estimates there were four hundred printed. Nine examples of that edition of the book are listed in OCLC. Twenty-three examples of the separate map in various editions appear institutional collections.