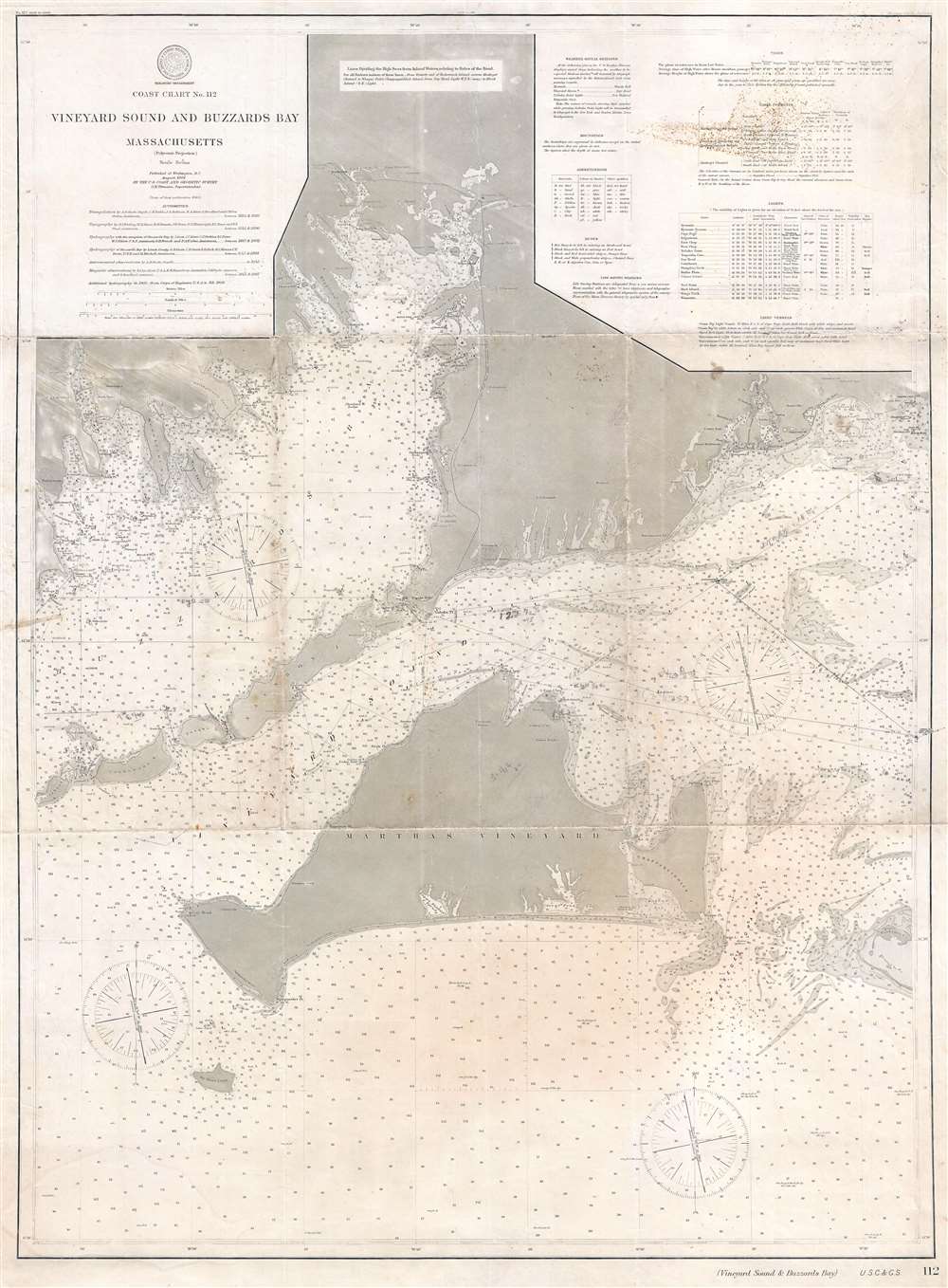 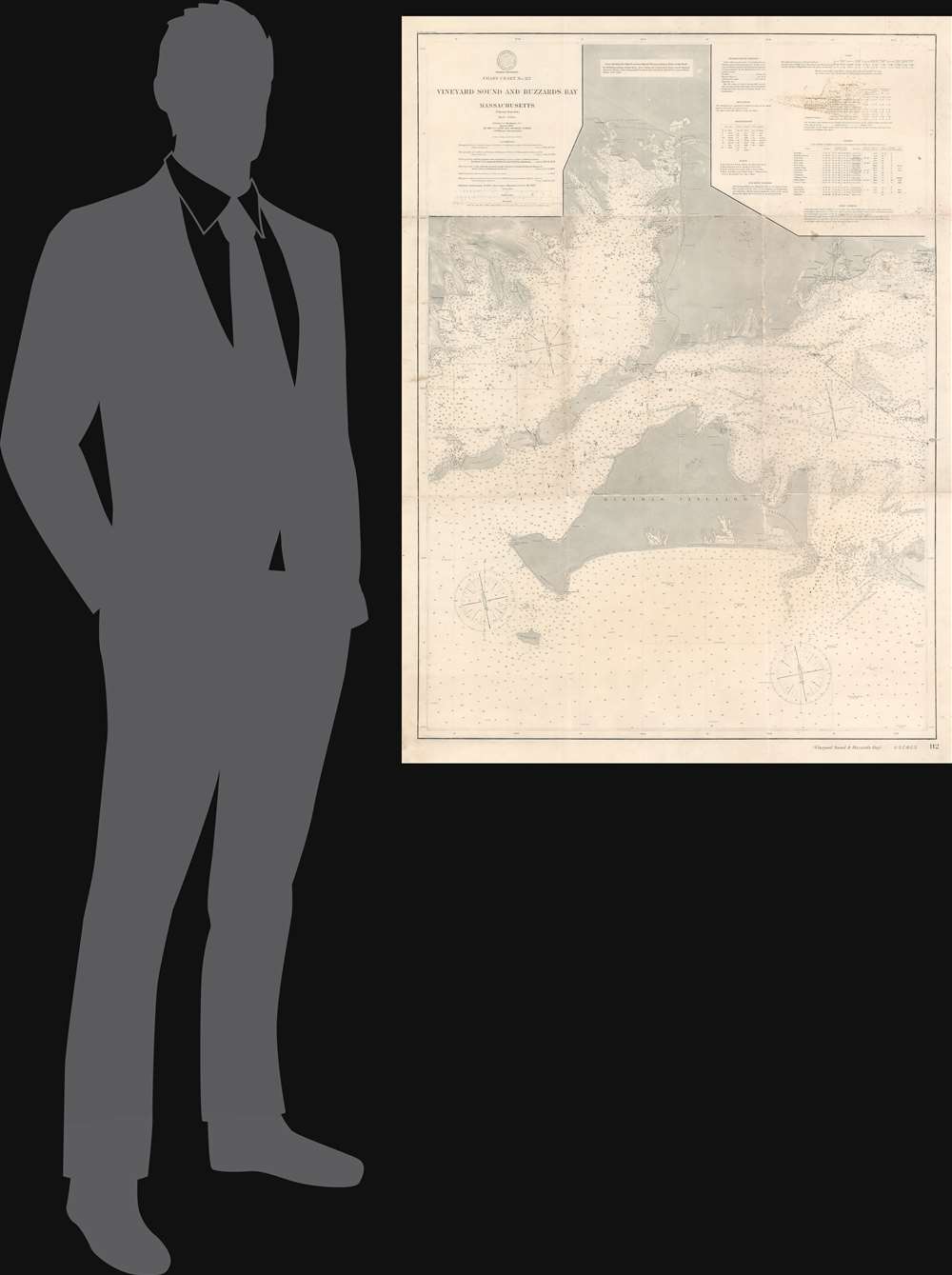 Sailing from Martha's Vineyard to Hyannis.

This 1906 chart was published in Washington D.C. by the U.S. Coast and Geodetic Survey under the supervision of O. H. Tittmann. Its lineage dates back to U.S. Coast Survey hydrographic work completed between 1844 and 1887. The earliest iteration of this chart appeared in 1860. The present plate was produced in 1901, with minor updates and revisions to 1906. Scarce in this edition.