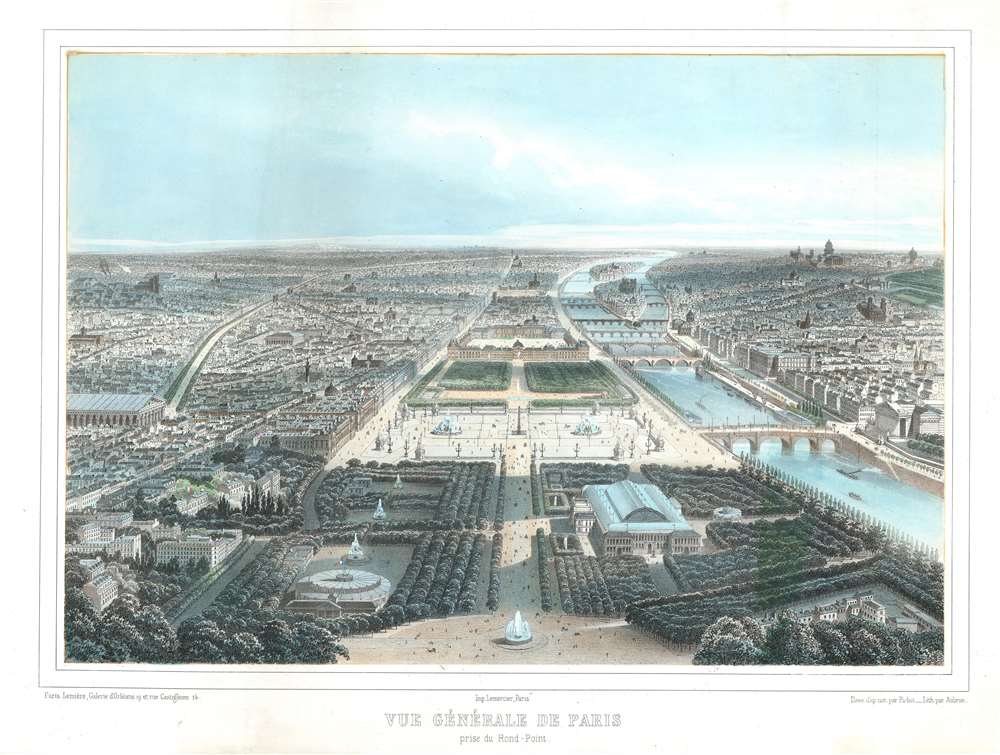 Illustrates Notre Dame, the Louvre, and the Madeleine, among many other Parisian landmarks.

This is a c. 1855 Michel Charles Fichot bird's eye view of Paris, France. Illustrated from above the Jardin des Champs-Elysées, the view depicts Paris from the east. The Jardin des Champs-Elysées is illustrated in the foreground with the Cirque d'Été to the left of center and the Palace of Industry from the 1855 Paris Universal Exposition, the Rotonde des Panoramas aux Champs-Elysées, and the Annex for the Palace of Industry on the right. Further on, the viewer encounters the Place de la Concorde, the Jardin des Tuileries, the Palais des Tuileries and the Palais du Louvre. Other Paris landmarks illustrated in the view include the Palais Bourbon, the Église de la Madeleine, the Panthéon de Paris, Notre Dame Cathedral, the Hôtel de Ville, and the Luxembourg Palace.

This view was drawn by Michel Charles Fichot, lithographed by Aubrun, and printed by Rose Joseph Lemercier c. 1855. We are aware of only one example in an institutional collection at the Musée Carnavalet in Paris, which is in black and white.

Very good. Light soiling. Blank on verso.
Looking for a high-resolution scan of this?